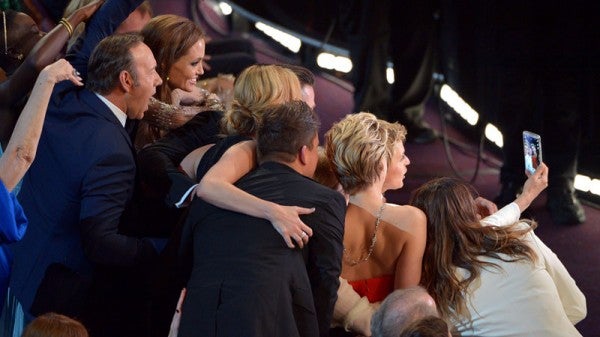 LOS ANGELES — Ellen DeGeneres’ goal of setting a retweet record with her star-studded selfie was achieved before the Oscars telecast was even over.

During a comic bit, the Oscars host prevailed upon actor Bradley Cooper to take a picture with her and several other stars crowding around, including Meryl Streep, Jennifer Lawrence, Kevin Spacey, Angelina Jolie and Brad Pitt.

Twitter confirmed Sunday that it had been retweeted more than one million times, breaking a record set by President Barack Obama with the picture of him hugging First Lady Michelle Obama after his re-election in 2012.

Twitter also sent out an apology because all the retweeting disrupted service for more than 20 minutes after 10 p.m. ET.