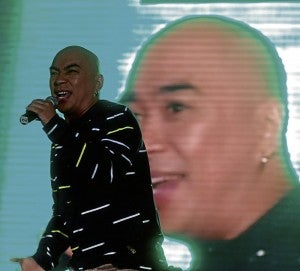 MANILA, Philippines – If Wally Bayola did not sell his laptop to sexy dancer Yosh Rivera, his career could have gone smoothly.

Bayola made the admission in a recent interview with Bandera that in 2012, he sold his laptop to the woman he was with in the sex video that went viral, Eat Bulaga dancer Rivera, in September 2013.

Before the video made rounds on the Internet and before he temporarily left the noontime show where he was a mainstay, the comedian and a father of five said he transferred the video to his laptop.

And before handing the equipment to Rivera, the 41-year-old Bayola wiped out all the data to make sure the 6:14-minute video would not spread.

But Bayola said when Rivera brought her newly-acquired laptop to a service center in Quezon City for repair, the files were retrieved.

Soon as the video spread, Bayola hurriedly sought the help of his friends working at National Bureau of Investigation.

The source of the video was traced by the NBI, but did not exactly state whether Rivera or someone from the service center had leaked the video.

Bandera said the service center had been closed since the NBI had sought its cooperation as part of the investigation on Bayola’s complaint.

After four months of staying away, Bayola finally appeared in Eat Bulaga, apologizing for the mess he got himself into.

At the height of the convtroversy, Bayola revealed how close he was to killing himself with a gun.

“When I saw our sex video circulating in social media, I did not know what to do. I locked myself into my room. I wanted to shoot myself,” he admitted in Filipino.

Before he even thought of actually pulling the trigger, he called his fellow comedian and close friend, Jose Manalo, and others from Eat Bulaga.

Manalo then advised him to visit his 17-year-old daughter, who is battling a rare cancer in the eye, at the hospital and talk to her.

“When I got near to her, I was speechless. But she said, ‘Ikaw kasi Papa, eh.’ and then asked me to pray with her,” Bayola said.

The comedian’s daughter led Bayola and his wife to a prayer and held hands together.

“While we were praying, I was crying hard. That was the first time I cried really hard. But after that, it made me feel a lot better,” said Bayola.

Wally Bayola back as stand-up comedian in Quezon City bar

After sex video mess, Wally Bayola back in ‘Eat Bulaga’