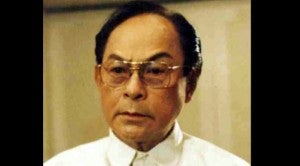 Last Dec. 30, Rizal day, IBC 13 replayed generous sections of Eddie Romero’s TV serialization of “Noli Me Tangere,” and we watched the replay gratefully, because it gave us another opportunity to appreciate the National Artist’s impressive achievement in reconfiguring Rizal’s complex novel for the television medium.

The long viewing session also gave us a chance to savor the thespic talents of veteran performers who are no longer with us, like Subas Herrero, Ishmael Bernal, Rolando Tinio and Ruben Rustia.

The fact that Tinio and Bernal also became National Artists indicates the richness and depth of the pool of talents that Romero assembled to make the performances in his production measure up to the complexity and stunning insights of Rizal’s novel.

Bernal and Tinio were better known as filmmakers in their own right, but they placed their portrayals at the service of Romero’s overarching vision—a leader among equals, as it were. As Filosofo Tasyo, Tinio was tasked to make some of Rizal’s most potent and confounding passages come tellingly and dramatically to life.

In a particularly charged sequence, Joel Torre as Crisostomo Ibarra quietly and thoughtfully held his peace while Tinio eloquently touched on some of the original novel’s most important and disturbing themes, to great dramatic effect and impact.

Other sequences reminded us of the rare combination of sardonic wit and threatening sense of danger evoked by Herrero as the tormenting and tormented Padre Damaso. Most other comedian-actors wouldn’t have been able to manage the deft and occasionally contradictory act that Herrero pulled off.

Another departed thespic icon whose memorable portrayal is enshrined in Romero’s “Noli” is the late, great Ruben Rustia. Most young and veteran film buffs don’t appreciate Rustia’s exceptional thespic gift, so his scenes in “Noli” are welcome and timely reminders of his uncommon range, power and insights as a performer.

We once had the privilege and pleasure of acting with Rustia in another Romero production, “King and Emperor,” in which we both played Agusan  datus who sailed to China and even stayed in the emperor’s Forbidden Palace.

In our scenes together, we saw how Rustia’s insightful thespic choices enabled him to discover unusual approaches to his character that were much better than other actors’ more predictable inputs.

After that illuminating experience, we continued to hold Ruben in high regard, and believe that he’s one of the 10 best Filipino film actors of all time!

Thanks, IBC 13, for the timely reminders of past thespic standouts in the recent replay of “Noli Me Tangere.” Teachers should arrange for special screenings of Romero’s dramatization of Rizal’s “Noli” to make that seminal masterpiece truly come to vivid and vibrant life for their students.