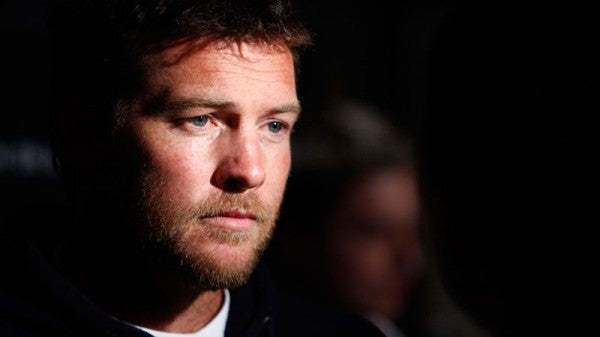 In this Jan. 19, 2012 file photo, Actor Sam Worthington attends the Cinema Society premiere of “Man on a Ledge” in New York. Police say Worthington has been arrested Sunday, Feb. 23, 2014, in New York City for punching a photographer after the man kicked Worthington’s girlfriend in the shin. The Australian actor was released on a desk appearance ticket and is due back in court on Feb. 26. AP

NEW YORK — Police say actor Sam Worthington has been arrested in New York City for punching a photographer after the man kicked Worthington’s girlfriend in the shin.

The 37-year-old “Avatar” actor was arrested on an assault charge following the incident Sunday evening.

The Australian actor was released and is due back in court on Wednesday. Police did not say what caused the scuffle.

The photographer, 37-year-old Sheng Li, was arrested on charges of reckless endangerment, assault and harassment. He’s being held pending arraignment.

It wasn’t immediately clear if both had lawyers.