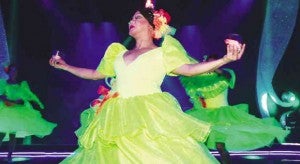 CRIS Nicolas, the boss at work

The current show at the big little theater-restaurant in Mandaluyong City is Nicolas’ latest triumph over his perpetual rival, whose last innovation was an expanded version staged last year at the Newport Theater of Resorts World Manila.

Compared to Club Mwah’s stage, Newport’s might as well be a chopper hangar, too large even for the resident company Follies de 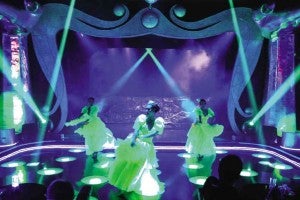 Back in home base now, Follies has likewise raised the bar, not with startling takes on a few more Broadway hits, not with lavish new costumes because this goes without saying, but with a Philippine folk dance suite. 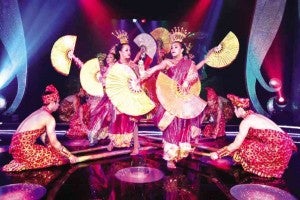 Mallilin told Inquirer, “Cris has developed so much universal material that he ‘Filipinized,’ so it was just time for him to stop skirting the issue, and put together a dedicated Philippine segment for the Follies repertoire.”

In turn, we might say the Philippine suite consists of “universalized” numbers. The lighting for “Pandanggo sa Ilaw” makes the dancers, led by Nicolas, appear like lithe Avatars in billowy, neon-green balintawak gear.

Rich embroidery on the costumes in the Maranao-Singkil number suggests Middle Eastern opulence. The mountain maidens’ sparkly bras and minis in a dance that echoes the 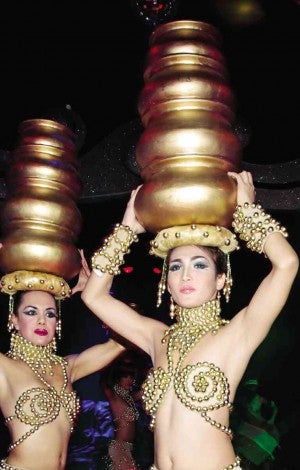 STYLIZED dance from the highlands

Cordilleras are an unmistakable touch of Vegas.

The glitz stops there. Nicolas made sure that initial amazement at the threads is promptly superseded by enjoyment of the dances. Spectators subconsciously stop the routine gays-girls headcount and concentrate on the unfolding talent exhibition punctuated by applause and cheers. “I am very proud to have done this,” said Nicolas, “and very proud of Follies.”