Deniece Cornejo denies being an escort 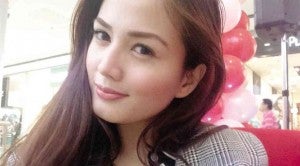 MANILA, Philippines — Saying she wanted “to educate the Filipino people who are trying to undermine my character,” alleged rape victim Deniece Cornejo has denied rumors that she was in the escort service industry.

“I have never been employed in any club as an escort,” Cornejo said in an e-mail sent on Sunday to the Philippine Daily Inquirer. Reports about her being a call girl started circulating after the Malaysian man who let her stay in his condominium unit for free said that they first met at a club.

The admission was made by Greg Binunus in an affidavit he submitted to the National Bureau of Investigation (NBI), which was looking into the cases filed by TV host-comedian Vhong Navarro against Cornejo.

Cornejo and Navarro hogged the headlines after both made allegations and counter-allegations against each other. Cornejo claimed that during a visit to her condo unit at Forbeswood Heights in Taguig City on Jan. 22, the TV host tried to rape her but her friends led by businessman Cedric Lee and his sister, Bernice, arrived in the nick of time to stop him.

Navarro, on the other hand, accused Lee and seven others of mauling him and framing him for rape so that they could extort money from him.

In her e-mail, Cornejo explained how she met Binunus, the former tenant of the condo unit where the alleged rape and the mauling of Navarro occurred.

“I met Mr. Greg through a girl who purchased goods from me. She happened to work at a piano bar. She gave Mr. Greg my number, hoping that he would purchase goods from me in order for her to get a commission,” she said.  Cornejo, a model and styling consultant, sells fashion items online.

“During my meeting with Mr. Greg, he also discussed his other projects. He mentioned that he was opening a Southeast Asian restaurant … in the Fort and asked me to be an endorser and [to also] help him [in] branding and management since I am a hospitality management student,” she added.

At that time, Cornejo said she was looking for a condo unit since most of her meetings, auditions and commercials were in Makati.

According to her, Binunus told her that he used to stay in a unit at Bonifacio Global City where he still had two months of rent left. He explained that he left because the unit had been robbed.

“I then decided to stay in that unit [on] a short-term basis while looking for a more accessible place in exchange for helping him in his business,” Cornejo said.

She stated in her e-mail that she decided to explain the situation because people were attacking her character.

“Victim-blaming is a very common practice throughout the world especially for rape victims: ‘She was dressed provocatively. She had a bad reputation. She should have known better than to put herself in that situation,’” she added.

Cornejo went on to quote a study conducted by the Canadian Women’s Foundation in which 20 percent of respondents blamed women for inviting sexual assault by being drunk, wearing short skirts or flirting.

She also quoted statistics from the Rape Abuse, and Incest National Network, which stated that “victim-blaming is one of the main reasons that women do not want to report rape.”

“And this is why I bought this laptop, in order to do my research on the matter aside from continuing to do my creative work in fashion and design. I find it hard to believe that buying a laptop with a video-editing software has anything to do with me being raped,” Cornejo said.

The NBI earlier reported that it was looking into a report that she bought a laptop computer with video editing software in a Quezon City store on Jan. 26. It said that Cornejo later asked the condo management if she could see the footage taken by their closed circuit television camera to help her find some items which she lost.