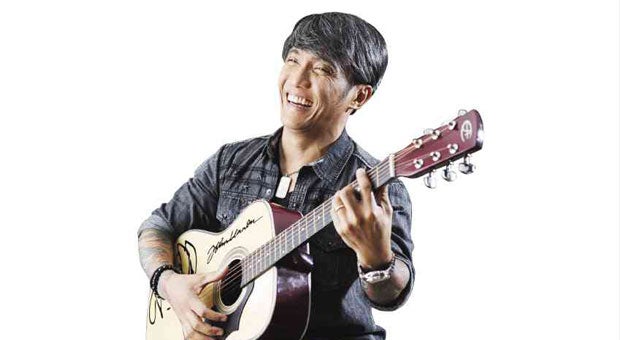 ARNEL Pineda and his bandmates raised $350,000 for “Yolanda” survivors.

Journey frontman Arnel Pineda said he would soon come out with an all-original album to show Filipinos his “other side.”

“I’ve been working on my own songs since last year. Journey tours every year; however, this album will have songs different from what the band normally plays, but it will still be rock. It’s been my kind of music since I joined my first band at 15,” Pineda said, adding that the tunes would tackle love, social issues and personal experiences.

His single, “This Christmas,” has been available on iTunes since December. Two more songs, “Paumanhin” and “Ewan Ko Ba,” are up for release soon. “I release one song at a time,” he said. That’s how local artists deal with piracy these days—if you release them all at the same time, you’d see bootleg copies on the streets soon after.”

During his launch as ambassador for the “Win Against Asthma Today” campaign organized by healthcare company GlaxoSmithKline, Pineda also hinted at the possibility of Journey revisiting Manila this year.

The American rock band is scheduled to tour the United States and Canada from May 14 to September. “We’ll be doing 55 shows in all,” he told the Inquirer. “We might come to Asia around mid-October. Our supporters in Japan are requesting for us to perform there. Since we’ll be in the region, [we’re thinking,] we might as well visit the Philippines.”

Pineda also reported that his bandmates, with the help of his newly formed Arnel Pineda Foundation Inc., were able to raise $350,000 for “Yolanda” survivors. “It is still being discussed which projects and institutions the fund will go to,” Pineda pointed out. “I’m so pleased that my friend, (singer) Martin Nievera, decided to join in.”

Aside from spreading awareness on fighting asthma, Pineda said he visited children’s  hospitals and distributed medicines to those afflicted with hydrocephalus. “It’s a serious illness that I think the government should look into… I hope foundations created to help sick kids will be able to give more,” the singer stressed.

Pineda, who is occasionally seen as judge on the ABS-CBN noontime variety program “It’s Showtime,” also gave a message to friend and TV host Vhong Navarro, who was allegedly mauled by seven men three weeks ago.

“I believe that justice will be served,” he said. “We know that Vhong will eventually bounce back, especially since he has his support group.”

On the rumor that he would replace rapper apl.d.ap as one of the judges in the reality talent search “The Voice of the Philippines,” Pineda said, “I’m hearing this for the first time, but I’ll gladly accept it if the position is offered to me. It will be a huge honor.”