Unfinished love story in search of a happy ending 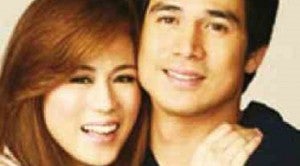 Olivia Lamasan’s latest cinematic triumph, “Starting Over Again,” is about an e-mail sent four years into the future—and an unfinished love story in search of a happy ending. The romance between its sender, history professor-turned-chef Marco Villanueva (Piolo Pascual), and its respondent, architect Genina Gonzales (Toni Gonzaga), starts auspiciously—but, the provocateur in Lamasan judiciously breaks conventions by turning Star Cinema’s predictable happily-ever-after formula on its head.

Marco writes the letter after Ginny inexplicably rejects his marriage proposal and instead flies to Barcelona to live with her OFW mother (Yayo Aguila), who had also abandoned her dad for his seeming lack of ambition. Their love for their men isn’t bigger than their resolve to get ahead in life.

Four years later, the e-mail from the past begins to haunt Ginny just as she comes home to make a bid for the high-stakes renovation project involving the latest restaurant owned by the now successful Marco, who’s no longer the broken man she left behind.

To Ginny’s delight, Marco has become the man she has always wanted him to be—he’s tough, decisive and uncompromising—and with killer abs, to boot. She’s having a difficult time keeping up with his standards and dealing with his mercurial temper—and she can’t wait to pick up where they left off! But, not if Marco’s lovely new girlfriend, pastry chef Patty de Guia (Iza Calzado), can help it!

The film’s romantic three-way premise is by no means original, but Lamasan makes it work because she has no trouble making its fusion of potent drama and self-deprecating comedy (a running gag about the Virgin Mary is particularly hilarious) settle into a coherent and “relatable” story that doesn’t undermine viewers’ intelligence and sense of morality.

With uncluttered storytelling, it even dares to turn its lovelorn female lead into the cruel and trash-talking contravida Pinoy moviegoers have been conditioned to hate!

As expected, Lamasan coaxes well-calibrated portrayals from her actors. Casting a lovely and sensitive performer like Iza in the role of the “third” party has also turned out to be a bright idea, because she can sway moviegoers’ perception that her character is in the way of a predestined romance. As a result, she comes off as a victim of circumstances who also deserves to be happy.

Toni continues to benefit from her maturing acting chops. Her shifts from comedy to drama—and back again—are smooth and effective—and, while she doesn’t have Bea Alonzo’s consistency and innate dramatic gifts, she has noticeably become more empathetic as a performer.

His role may not be much of a stretch for Piolo, but the insightful actor will have viewers cheering for him because of his sound dramatic choices—he juggles yearning, bitterness and desperation well.

We can’t help but wish he’d settle whatever disagreements he has with Judy Ann Santos so they can grace the big screen again—and show Tinseltown’s younger love teams the chemistry and magic of their much-missed tandem! How about it, Star Cinema?