With Lorna Kapunan, what you see is what you get | Inquirer Entertainment
Close
menu
search

With Lorna Kapunan, what you see is what you get 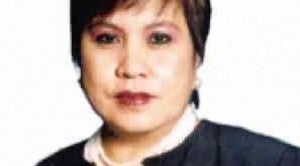 “Lawyer to the Stars” Lorna Kapunan has been featured on many different TV shows, mainly due to her being the legal defender of choice of a number of controversial entertainment luminaries. This has tended to upstage her other, more important and powerful clients—business corporations and individuals both here and abroad—who, truth to tell, more accurately establish her legal clout, acumen and influence.

Most recently, Attorney Kapunan lawyered for a time for her most controversial client to date, Pork Barrel purveyor and facilitator of extreme notoriety, Janet Napoles. Whatever possessed the already celebrated lawyer to the popular and powerful to risk her hard-won reputation in this breaking-news and headline-hugging wise?

Baffled viewers were recently given an opportunity to understand Lorna’s actions and decisions better when she was made the featured celebrity on “Follow That Star,” which spent a lot of time detailing her many personal and career relationships, her being a crack shooter and straight-talker, etc.

At first, it seemed strange that a lawyer would be featured on a star-oriented show—but, on second thought, it made a sort of idiosyncratic sense, due to her many “stellar” clients and the fact that all of her newsmaking involvements have effectively made her the most famous legal practitioner in town, at least for the nonce.

Also very relevant to Lorna’s stellar showcase is the fact that she is a larger-than-life and charismatic personality in her own right. Many lawyers hide behind an obfuscating screen of legalese, but being a forthright person, Attorney Kapunan risks stepping on a lot of toes by telling it like it is.

That’s why reporters like her, because her candid quotes make it easier for them to present her clients’ sometimes complex-compound cases in a helpfully clear manner, which the reading or viewing public benefits from, in turn.

Lorna is also not shy about expressing her feelings, especially when it come to the people she loves, and the major losses in her life, like the deaths of her husband and young son.

Some viewers must have been surprised that the celebrated lawyer could feelingly share some of her deepest personal feelings with strangers viewing her showcase on “Follow That Star.” But, her friends found her utter accessibility par for the course in the way that she lives, thinks, feels and is.

Lorna Kapunan has become so candidly quotable that some viewers believe that she should be given her own legal show on radio-TV, the better for her to colorfully and succinctly share the many fruits of her decades-long legal experience with viewers who need help in defending themselves, both in and out of court. —Any takers?