V is for Valentine–and Vilma Santos 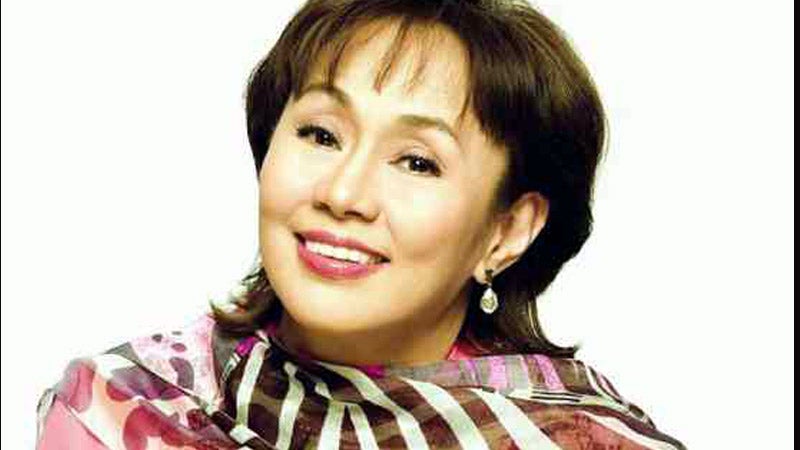 Vilma Santos chooses her battles—and she chooses them well. Last year, her surprising decision to portray an enthusiastic but less-than-brilliant bit player in Jeffrey Jeturian’s “Ekstra,” her first indie starrer, has so far earned her three Best Actress awards, the most recent from last month’s Dhaka International Film Festival. —Talk about risk-taking that has paid off bigtime!

People who are close to her know only too well that Ate Vi’s long list of achievements as Tinseltown’s Star for All Seasons and Batangas’ first female governor didn’t happen by accident—the movie queen doesn’t take anything (or anyone) for granted.

Need proof? Our last interview with the legendary actress took place shortly after she got home, still jetlagged, from her trip to Los Angeles last June. And, for this story, we chatted with her by phone last Monday during her three-hour trip to Lian, Batangas—at a quarter past eight in the morning!

No, we didn’t discuss her political plans beyond 2016, when she wraps up her last term as Batangas’ chief executive. We asked her if she could “grace” our Valentine story this week—and we were tickled pink when she promptly agreed!

Why don’t many show biz romances last? Vilma explains, “Everything that actors do is magnified, and it doesn’t help that people think they’re entitled to weigh in even on personal issues—everyone has an opinion about them!

“If your relationship isn’t sturdy, it’s easy to get affected by what you see on TV or read in the papers, isama mo rin ang sulsol ng mga kaibigan, who are for or against the one you love. We’re only human—sometimes, nakikinig kami sa sulsol, and that usually leads to friction. Age is also a factor, you learn more as you get older—you realize na hindi mo dapat pinapatulan lahat.”

Is there a formula for the success of her marriage to Sen. Ralph Recto? She replies, “We’ve been married for 21 years, and dated for seven years before that. But, love isn’t enough—you have to respect your partner. Ralph and I don’t compete—we support each other. When the going gets tough, we remind each other that we’re on the same team.”

What do they usually fight about? The actress discloses, “In the beginning, we used to fight over Ryan. Ralph wanted him to do so many things—only son kasi. On the other hand, I was very protective of Ryan, because I wanted him to enjoy life.

“Ralph and I don’t argue about that anymore, because Ryan’s already 17. He has inherited his father’s intelligence and leadership skills, but he’s also  very warm—like me. Lucky has his dad’s (Edu Manzano) sense of humor—but, ang charm n’ya, sa akin nanggaling (laughs)!”

Is she privy to Luis’ romantic upheavals? Ate Vi answers, “My sons open up to me because I’m not the kind of mother who preaches. I’m not just their mom, I’m also a friend. It’s important to instill good moral values in your kids, because these will protect them from the negative influences of modern technology, even when you’re not with them.”

Has she become irrational when in the throes of love? She beams, “Ay, sinabi mo pa! When I was younger, nasisira ng kalokohan ko sa pag-ibig ang professionalism ko (laughs)! Minsan, papunta na ako sa set, then my boyfriend would call me—so, I would drive back at ipapa-pack-up ko ang shooting! Another time, I ran away from home to be with my bf (laughs)! But, I learned so much from those experiences!”

Vilma’s movies with Christopher de Leon were not just award winners, they also made a killing at the box office. Were they ever attracted to each other? She quips, “Salbahe ka ha (laughs)! What we had was more platonic than romantic. I don’t think our chemistry would have been as effective and potent if we weren’t special to each other.”

Vilma is the only actress to have played both Darna and Dyesebel on the big screen (Marian Rivera portrayed both on TV). What does she think of Anne Curtis, and what quality should the next Darna have? She answers, “Anne is very charming, as Dyesebel should be. The next Darna should be voluptuous—a very thin frame would compromise the character’s believability as a crime-fighter. Angel (Locsin), if she is going to play her again, is just right.”

Does she notice the pattern? Lucky always ends up with actresses who are cast in those roles, like Anne and Angel. With a naughty twinkle in her eyes, she says, “My son probably idolizes me (laughs). Joke.”

We think her strengths as an actress would translate well onstage—and give Philippine theater a much-needed boost. Is she open to that possibility? Ate Vi replies, “Gustung-gusto ko talaga! But, theater productions demand extensive rehearsals—so, it’s an exciting prospect that I can explore when I eventually slow down in politics. I can take to the stage, go back to TV hosting, direct a film—the possibilities are limitless!”