Age-old battle of the sexes rages on 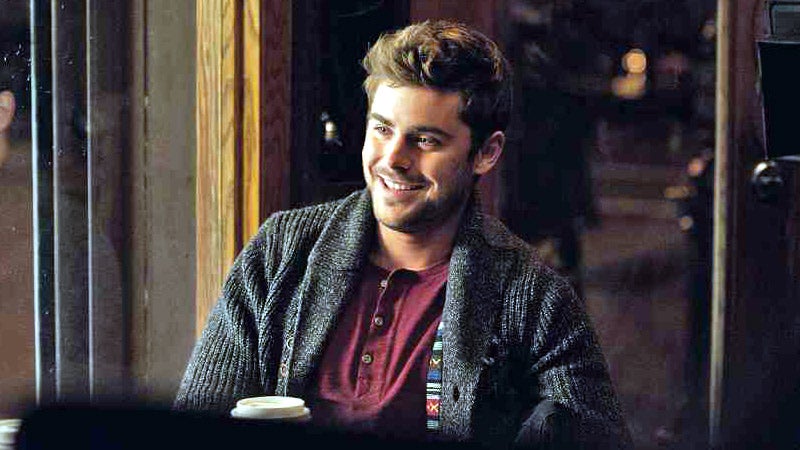 At first glance, “That Awkward Moment” looks like just another one of the “generic” rom-com flicks that Zac Efron has been grinding out of late.

Soon, however, the new film’s idiosyncratic, edgy and gimlet-eyed essence starts to assert itself, as it follows the lives of three young men with severe commitment issues, and the women who have to put up with their “selfie” (selfish) behavior—or kick them out of their hearths and hearts!

Female viewers will watch the movie to get a crash course in Romantic Frustration 101. They could drag their feckless boyfriends along to the screening, but we can bet that the guilty guys won’t enjoy the experience, because the film shows them up for the “freebie” opportunists some of them are.

Love and sex without commitment? —Wow, what a dream existence! But, as the film portentously warns, it’s time to wake up, before your realize that the love of your life is about to dump you—for keeps!

What happens then? You find yourself pushing 30 with nobody in your life to hang on to—except your two similarly feckless and faithless best buddies, who are on the same (sinking) boat you’re in!

Thus does “That Awkward Moment” warn women and threaten men that the age-old “battle” of the sexes continues to rage—but, with new parameters in the age of sexual liberation.

These days, it’s some women’s turn to do the chasing, so male predators have a wider choice of victims—who (surprise!) sometimes turn out to be the victimizers!

The old “rules” no longer apply, so the field is wide open for much more pain and frustration—on both sides of the battlefield.

For instance, Jason (Efron) has his pick of the loveliest and most obliging women in town, so he has a lot of sex seemingly with no strings attached—until he crosses the line and doesn’t support his latest squeeze (played by the yummily idiosyncratic Imogen Potts) in her moment of grief at her dearly beloved father’s funeral.

After she breaks up with him for being so cold and unsympathetic, he belatedly realizes that she’s the love of his life. For the first time, he feels pangs of loss and (dare he admit it?) love.

But, even this new feeling is suspect, because he’s feeling sad not because he failed her, but because—loneliness hurts. —Well, it’s a start . . .

Fans of Zac Efron will be “shocked” by his performance in this film, because he goes to extreme lengths to depict his feckless character’s lack of roles. He goes butt-naked in one scene, and in another, he crashes a proper  birthday party with a long rubber dong dangling from his groin!

—What “shameless” commitment to one’s craft! This is the actor’s in-your-face way of announcing that he’s kissed his “High School Musical” days a big, brash goodbye, and is now ready to essay even more daring roles—and then some!

Reality check, however: In Efron’s most demanding and emotional scene in this film, where his character is supposed to experience the life-changing realization of what a cold user he’s been all along, the actor doesn’t vivify the key moment deeply and intensely enough, so it doesn’t quite hit viewers in the emotional and thematic solar plexus.

There appears to be a wide gap between artistic intention and achievement! So, it looks like Efron will have to do more than just strip  butt-naked to convincingly hit the  desired thespic marks!