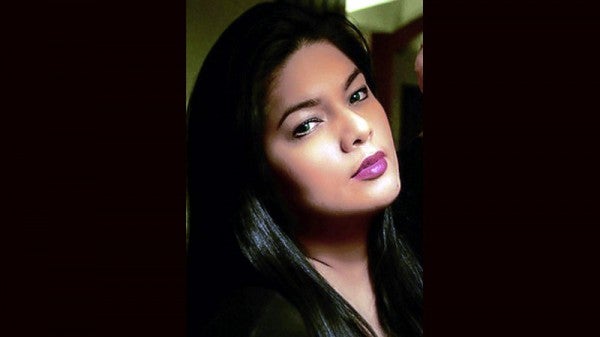 What happened to funnyman Vhong Navarro is no laughing matter. Seeing  Vhong black and blue makes my heart bleed. Whatever the story behind the story is, may truth and justice prevail.

I asked Bianca Lapus, Vhong’s ex-wife and mother of his 15-year-old son, Isaiah (or Yce, who lives with Vhong) for her sentiments. If there’s anyone who knows Vhong inside out, it’s Bianca. Even if they have parted ways, their son will keep them linked, always.

Vhong and Bianca’s marriage has been annulled. Bianca’s present partner is Jim. They’ve been together for eight years. Vhong also has a 16-year-old son, Fredriek, with a nonshow biz partner.

“The kids and I haven’t seen Vhong since the incident because the issue is delicate and sensitive. We communicate only by phone. I can’t even look at his pictures. I am really not good right now. May maganda rin kaming pinagsamahan. I’m still in shock! I can’t help but cry and worry, and be afraid. I haven’t been sleeping soundly. I am four months pregnant, so I need to rest, but this has been very stressful for me.  I can’t believe what happened to him.

“Napakabait ni Vhong. Wala siyang kaaway. Nobody deserves to be beaten up like that. I told him that it pained me to see what he was going through. At the end of the day, we’re still family. He was my husband and he remains to be my friend, and I love him as a person. The agony of not knowing where our son is because he needs to be kept in a safe place is really hard. I miss my son. I told Vhong, his family and Vhong’s girlfriend that in this trial, we are one family. We will draw strength from each other.

“Thanks to everyone for the overflowing messages of love, support and prayers for Vhong. During this difficult time, ’wag natin siyang iwan and let’s not pass judgment on him. He’s a good man. Together let’s pray for his fast recovery and safety, and for justice to be done. After his heartbreaking interview with Tito Boy Abunda, which I can’t bear to watch again dahil parang sinasaksak ang puso ko, we were able to communicate and I told him everything I wanted to tell him, all that was in my heart. I don’t know yet when [I am] going to see him and the kids, that is the most painful thing.” 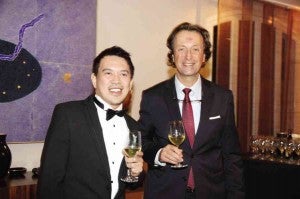 Since I’ve always been a Francophile, I was so delighted when mon  ami Brillante Ma. Mendoza invited me to the conferment of his Chevalier dans l’Ordre des Arts et Lettres’ (Knight in the Order of Arts and Letters) at the residence of French Ambassador Gilles Garachon. Too bad I missed it because I was in Iloilo. After bagging the coveted best director plum at the Cannes International Film Festival, here comes another prestigious recognition for Brillante from the French people. He could already be considered as an adopted son of France. The French are known for their sophistication and impeccable taste. For them to award Brillante over and over again says a lot about his work. Felicitations a mon ami, Dante, pour la reconnaissance bien meritee! Je suis tres fier de lui!

Excerpts from my tête-à-tête with the filmmaker nonpareil:

How significant for you is this new recognition?

France is a country with a rich heritage in arts and culture. I am being conferred the recognition from the country that gave us the earliest filmmakers in the history—Auguste and Louis Lumiere. What more can a filmmaker from a developing country ask for, after being recognized by France?

What’s more fulfilling, an award from your own countrymen or from foreigners?

It is quite a task when one is recognized for an achievement. It becomes a responsibility to carry on and pursue the expectations attached to the recognition.

The similarities would be the passion to do films depicting life’s realities; the difference would be in the treatment and how the French would intellectualize their films and challenge audiences to think.

What keeps you grounded?

The notion of impermanence. All things must pass and we have to enjoy them while they last. Many times, I am asked how much I value the trophies and plaques I have received. I simply reply that the value is not on the physical object that represents the recognition but rather on the meaning of the recognition.

Do you have a message to the French?

I am deeply honored and humbled because this award distinguishes renowned artists and writers, and those who have contributed considerably to expanding the arts in France and throughout the world. All I can say is, merci beaucoup!