‘The Square’ among early winners at DGAs 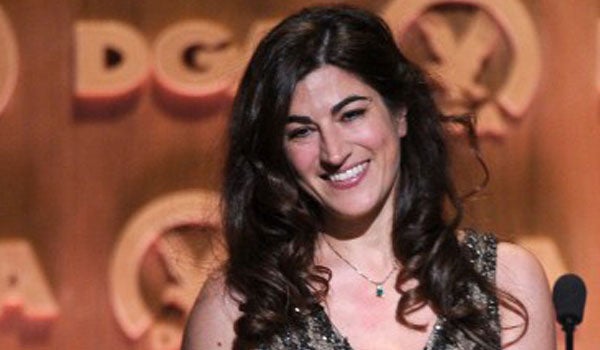 LOS ANGELES (AP) — “The Square” director Jehane Noujaim has won the documentary prize from the Directors Guild of America.

Noujaim was among the early honorees at Saturday’s ceremony honoring directors in film and television. “The Square,” which was acquired by subscription service Netflix last year, depicts the tumult of the Egyptian Revolution beginning in 2011.

“I’m very humbled and very grateful,” said Noujaim, whose previous documentaries include “Startup.com” and “Control Room.” ”This film is the most deeply personal film I’ve made, watching my country change before me when I never thought change was possible. It redefined my understanding of what was possible.”

The other early winners included:

The awards could push David O. Russell’s con caper “American Hustle,” Steve McQueen’s historical epic “12 Years a Slave” and Alfonso Cuaron’s space saga “Gravity” into the Oscar forefront as the films have emerged in a close three-way tie over the past few weeks.

The tight race between Russell, McQueen and Cuaron “means that I am going to be sharing time with them quite a lot and that’s fun!” said Cuaron on the carpet before the 66th annual ceremony. “It has been a great celebration with your peers.”

The DGAs could further complicate the race by choosing still-viable nominees Paul Greengrass (“Captain Phillips”) or Martin Scorsese (“The Wolf of Wall Street”) for its top honor—outstanding directorial achievement in a feature film.

But so far, the outcomes in this year’s Oscar derby make that unlikely.

The cast of “American Hustle” took home the award for outstanding performance at the Screen Actors Guild Awards last Saturday, just a week after it gained momentum from its best comedy win at the Golden Globes. Then last Sunday, the Producers Guild of America—a usually reliable Oscar bellwether—produced a tie between “12 Years a Slave” and “Gravity” for its top prize. Meanwhile, “American Hustle” and “Gravity” tied for a leading 10 Oscar nominations on Jan. 16, with “12 Years a Slave” close behind with nine. Each was nominated for best picture.

Other nominees for this year’s best picture Oscar include “Captain Phillips,” ”Dallas Buyers Club,” ”Her,” ”Nebraska,” ”Philomena” and “The Wolf of Wall Street.”

In the 65-year history of the DGAs, the winner has failed to also take home the best director Oscar only seven times. Ben Affleck won the guild award last year for “Argo” but was denied a best director nomination at the Oscars. However, like many DGA winners, “Argo” went on to win the best-picture prize at the Oscars.

The DGA and Oscar feature director contenders usually match up closely and this year is no exception, other than for Alexander Payne’s “Nebraska,” which received an Oscar bid, but was denied a DGA nod.

This year marks the first DGA nomination for McQueen and if he wins for “12 Years a Slave,” he would become the first black director to earn the guild’s feature film accolade.

Other than the Writer’s Guild Awards on Feb. 1, there are no major awards before the Oscars. Hollywood’s high season goes quiet for a few weeks as several thousand members of the motion picture academy have the last word with their balloting.

With SAG win, ‘Hustle’ has Oscar look of ‘Argo’