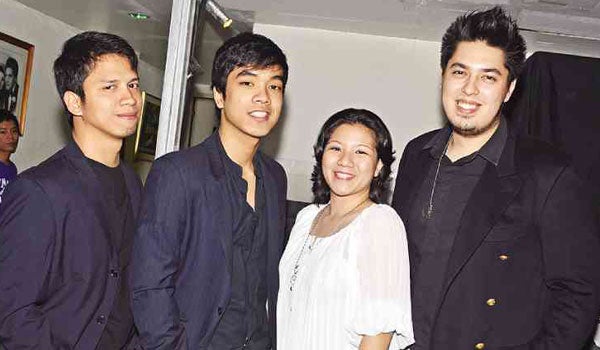 The blues had a child; it was called rock ‘n’ roll.

held on Friday at RJ Bistro in Dusit Thani Hotel. It was a reference, of course, to how rock ‘n’ roll and most other forms of modern popular music evolved from the blues.

The Brat Pack, winner of the second Philippine Blues Competition held late last year, is bound for Memphis, Tennessee to represent the country in the band competition of the 30th International Blues Challenge (IBC) on Jan. 21 to 25. It is the biggest global blues music conclave for talents aspiring to break into the world stage. The annual world meet has launched the careers of the likes of Susan Tedeschi, among other notables. 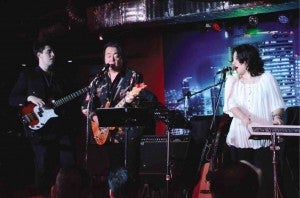 “This is an opportunity for the kids (Brat Pack) to hone their on-stage performance in preparation for Memphis,” observed Philippine Blues Society (PBS) president Eddieboy “The Captain” Santos, who was on hand, with PBS directors Allan Magturo and Tom Colvin, to lend support.

PBS, a nonprofit organization dedicated to fostering local appreciation of the genre, is sponsoring Brat Pack’s trip, as it did Bleu Rascals’ trailblazing participation in the 2012 IBC Youth Showcase, as well as those of Kat Magic Express and Electric Sala in last year’s band contest and youth showcase, respectively. Joining Brat Pack in Memphis is another young but talented upstart blues act, the Kingpin Trio.

“PBS is actually sending a contingent of performers this year,” explained lawyer/rock jock Magturo. Lampano Alley, with blues vets Colvin and Binky Lampano, is reforming just for the trip. Jay Ortega and Jacinto will join as well. “Thanks to the impact that the Rascals, Kat Magic and Electric Sala made in the US, we’ve been invited to guest in two of the top clubs in the world—Biscuits and Blues in San Francisco and B.B. King’s on Beale Street, Memphis—and other clubs.”

Brat Pack was the hands-down winner of the Philippine Blues Competition in October, besting four top-shelf finalists out of an original 15 entries with a knockout finals performance. Brandishing a unique kind of blues for a local blues community used to wailing guitar solos, Brat Pack’s piano-driven music was a delightful and winning surprise. Now, as then, the young talents amazed the crowd with innovative arrangements of oft-heard blues anthems, studded with dramatic pauses and tempo shifts that kept listeners wondering what was coming next.

Keyboardist RJ Pineda’s virtuosity was again evident in intricate ad libs and barrelhouse runs executed with infectious gusto. Christine Mercado’s vocal styling captivated the audience as usual, and bassist David de Koenigswarter and drummer Allan Abdullah laid down impeccable rhythms with arrangements that allowed everyone to shine. Onstage, Brat Pack is the total package and, in Colvin’s words, has “set the standard in Asia for what a blues performance is.” 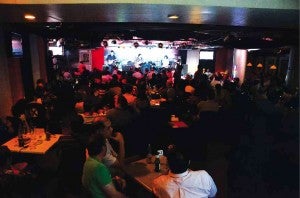 Jacinto was all praise for the young musicians, and was only too happy to help out by sharing what he could of his decades of experience in live music entertainment. “I’m sure Brat Pack will do well in Memphis, mainly because they’re different,” Jacinto said, echoing the gut feel of  most everyone in the local blues community. “Besides, as a people, we’re better musicians than Westerners,” he added. “Anyone here (in the Philippines) can sing… and sing well. Filipinos have a wonderful musicality that most Westerners don’t.”

Just the same, Jacinto put the youngsters through their paces, with stompers like “Great Balls O’ Fire” and “Roll Over Beethoven,” to help them “get a feel of The Beat.” He even threw in a few jazzified blues and rock pieces. To cap the evening’s collaboration, Colvin joined in with his trusty old blues harmonica on the venerable crossover classic, “Sweet Home Chicago.”

Everyone in PBS is keeping their fingers crossed for Brat Pack in Memphis, of course. But for Colvin, whatever happens, one thing for sure is, “They’ll make lots of friends for Philippine music.” Meanwhile, “Rock and Roll Meets the Blues” turned out to be more successful than expected—so successful that, RJ said, it could become a monthly gig at his joint.