Not just for the books | Inquirer Entertainment

Not just for the books 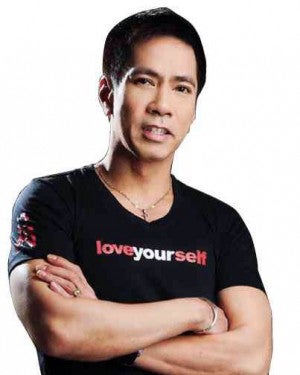 It’s hard to ignore the role that The Library has played in Philippine entertainment. A list of its alumni reads like a who’s who in local comedy. One only has to consider the lead actors in three of the top five grossing Philippine films of all time.

From Vice Ganda to Ai-Ai de las Alas to Arnell Ignacio, the comedy club helped launched the careers of countless funnymen men—and women—since it opened in 1986.  No other entertainment establishment has produced such a rich pool of comedic talent.

But the growth of the Malate watering hole from a nine-to 12-table bar to a restaurant that sits almost 300 spawned similar bars across the metropolis. This created opportunities for aspiring performers, but fueled a type of comedy known more for its in-your-face, low-rent delivery. Technology has also enabled individuals to steal material from hard-working comics.

The fact is not lost on Andrew de Real, founder and creative director, known in industry circles as “Mamu.” He is more than an entrepreneur; he screens talents, provides creative input and conceptualizes shows. A strict training program and constant review of delivered material underscores De Real’s seriousness in the quality of the bar’s offering. 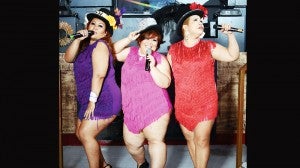 Compared to this “hard-core” comedy, De Real says, the kind of comedy that The Library customers enjoy is “playful.”

It is De Real’s sensitivity, discerning outlook and good understanding of what works that has helped the business and its performers thrive.

Creating new material for a totally different (and younger) audience will be De Real’s challenge with the opening of its new branch in Metrowalk Ortigas. 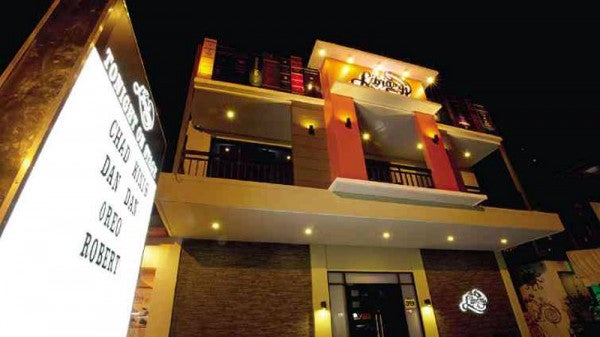 NEW MATERIAL is in store for a totally different (and younger) audience at the bar’s Ortigas branch.

The Library, in partnership with Viva Entertainment Inc., formally opened this lone branch last Friday. A show headlined by the Gwadings, The Muses & Titans, Zeus Collins and several surprise guests marked the event.

There are no further expansion plans for now, despite the long line of suitors wooing De Real to open in other locations.

Regular patrons of The Library are bound to miss some of the Malate venue’s regulars; the Ortigas location will focus on shows and music rather than stand-up comedy. The thrust is to discover new talent and feature performers tailored to an audience that prefers good music and clean fun. 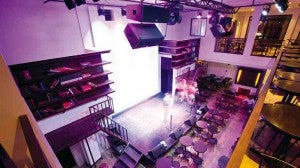 VIEW from the top: The Library brand of humor is playful, says De Real.

One of the acts that customers can expect is a trio of plus-size women called FHM, or Fat Hot Mommas. It is understandable for anyone to first notice how different FHM is from the conventional female singing group. But when they start singing, the mind stops processing, and the only thing that registers is the harmony of voices that fills the air.

The Viva partnership also means customers can expect talents from the entertainment powerhouse to be regularly featured onstage.

The success of The Library despite the emergence of other forms of entertainment is a testament to the hard work and dedication of De Real, the in-house performers and all the people tirelessly working behind the scenes. The bar has opted to focus its energy on keeping its material fresh and strong rather than dish out cheap, smash-mouth puns.