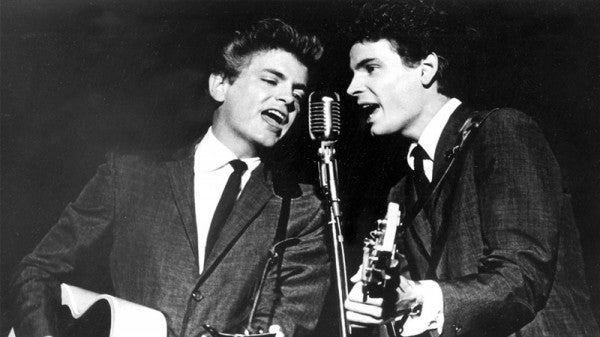 This July 31, 1964 file photo shows The Everly Brothers, Don and Phil, performing on stage. Everly, who with his brother Don formed an influential harmony duo that touched the hearts and sparked the imaginations of rock ‘n’ roll singers for decades, including the Beatles and Bob Dylan, died Friday, Jan. 3, 2014. He was 74. Everly died of chronic obstructive pulmonary disease at a Burbank hospital, said his son Jason Everly. (AP Photo, File)

LOS ANGELES—Phil Everly, who with his brother Don formed an influential harmony duo that touched the hearts and sparked the imaginations of rock ‘n’ roll singers for decades, including the Beatles and Bob Dylan, died Friday. He was 74.

Phil and Don Everly helped draw the blueprint of rock ‘n’ roll in the late 1950s and 1960s with a high harmony that captured the yearning and angst of a nation of teenage baby boomers looking for a way to express themselves beyond the simple platitudes of the pop music of the day.

The Beatles, early in their career, once referred to themselves as “the English Everly Brothers.” And Bob Dylan once said, “We owe these guys everything. They started it all.”

The Everlys’ hit records included the then-titillating “Wake Up Little Susie” and the universally identifiable “Bye Bye Love,” each featuring their twined voices with lyrics that mirrored the fatalism of country music and a rocking backbeat that more upbeat pop. These sounds and ideas would be warped by their devotees into a new kind of music that would ricochet around the world. 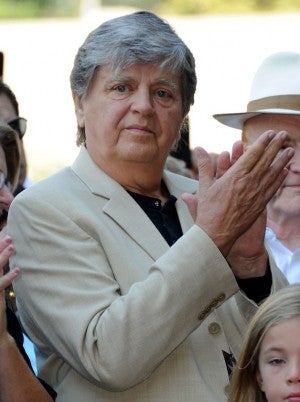 Although their number of hit records declined in the late 1980s, they made successful concert tours in this country and Europe.

They were inducted into the Rock ‘n’ Roll Hall of Fame in 1986, the same year they had a hit pop-country record, “Born Yesterday.”

Don Everly was born in 1937 in Brownie, Kentucky, to Ike and Margaret Everly, who were folk and country music singers. Phil Everly was born to the couple on Jan. 19, 1939, in Chicago where the Everlys moved to from Brownie when Ike grew tired of working in the coal mines.

The brothers began singing country music in 1945 on their family’s radio show in Shenandoah, Iowa.

Their career breakthrough came when they moved to Nashville in the mid-1950s and signed a recording contract with New York-based Cadence Records.

Their breakup came dramatically during a concert at Knott’s Berry Farm in California. Phil Everly threw his guitar down and walked off, prompting Don Everly to tell the crowd, “The Everly Brothers died 10 years ago.”

During their breakup, they pursued solo singing careers with little fanfare. Phil also appeared in the Clint Eastwood movie “Every Which Way but Loose.” Don made a couple of records with friends in Nashville, performed in local nightclubs and played guitar and sang background vocals on recording sessions.

In 1988, the brothers began hosting an annual homecoming benefit concert in Central City, Kentucky, to raise money for the area.