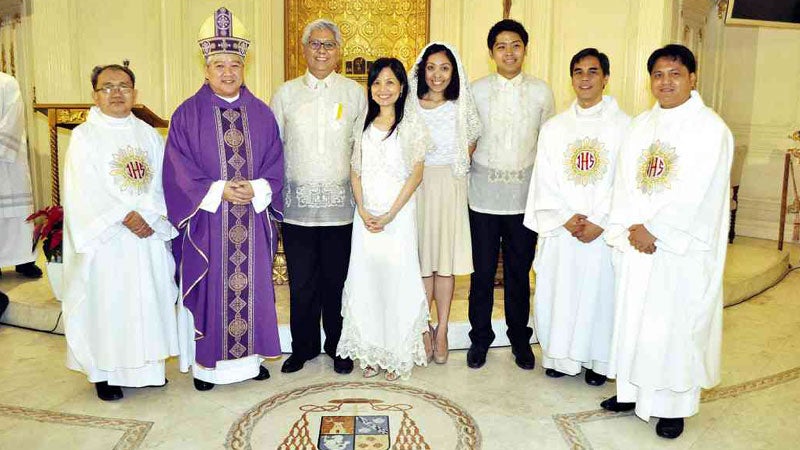 Solemnity surrounded us at the conferment of the Vatican’s Papal Award Pro Ecclesia et Pontifice on the inimitable Ryan Cayabyab, held at the Villa San Miguel Chapel last December 21.

It felt like we were a few steps away from heaven with the awesome rendition of Mr. C’s liturgical masterpieces by the Philippine Madrigal Singers, the Ateneo Chamber Singers, Alumni of the San Miguel Master Chorale and the Philippine Sandalphon Singers under the baton of Jonathan Velasco. The Pontifical Mass was officiated by Archbishop Socrates Villegas. 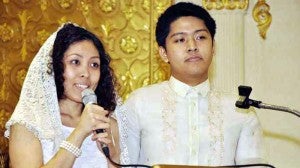 Basil Valdez sung  Ryan’s  Filipino version of “Holy Mary,” entitled “Maria.” Basil told me that it had been 36 years since he and Ryan worked together. “Mr. C was always ahead of his time,” he gushed. “During our early years, he soared above the rest. I can’t pinpoint which song of his I like best but ‘Paraisong Parisukat’ is special to me because it was our first collaboration.”

The happy occasion coincided with the 28th wedding anniversary of Ryan and his wife, Emmy. Along with their kids Krina and Toma, they were a picture of bliss. Amid the formality of the event, Ryan joked that the Papal Award probably didn’t belong to him because it took several attempts before the medal was finally pinned to his barong.

The award makes Mr. C a member of the Papal household. So I ribbed him: “Does being here at your conferment absolve [me of] all my sins so I can commit more?”

We both had a good laugh. Congrats, “Your Eminence!” You are truly heaven’s gift to the Filipinos. And the best part is that we get to unwrap more and more of that incredible gift of yours through your music.

From my short interview with Mr. C:

What were the thoughts running through your head during the conferment?

It was sort of a blur. I asked myself, do I deserve this? I am an optimist and a positivist. But when it comes to my situation, I usually shrug and say “accept and go lang.” The award was really unexpected. 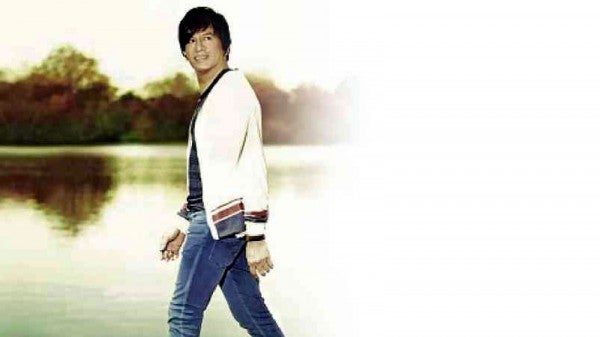 Of all your liturgical songs, which one is your fave?

I can’t say what my fave is. I can recite titles which I like listening to, compared to others that I skip. These are: “Gloria” from “Ryan Cayabyab Misa” and “Ryan Cayabyab Misa 2000” albums, “Agnus Dei” from the same albums, “Aba Po Santa Mariang Reyna,” “Aquesta Me Guiaba,” “Anima Christi” and “Memorare.”

If you could perform a miracle, what would it be?

Off my head, rewind to October and change the path of [Supertyphoon] “Yolanda.” I would let it dissipate in the Pacific [Ocean] before it landed anywhere.

What would you want to ask Pope Francis?

I can’t think of any question to ask him. I am not worthy. I would probably just request him to  visit the Philippines and bless us all. He has inspired many of us, Catholics and non-Catholics, with his sincerity and compassion.

Welcome 2014 with a bang on December 31 at Solaire’s  “Toast,” an explosive night of music, artistry and tech savoir-faire top-billed by Pops Fernandez and Joey Generoso. Join them as they do the count down to the Year of the Horse. Marmalade, Anna Melissa and Puresounds will get the groove going starting at 7 p.m. (For tickets, call Ticketnet and Ticketworld). Say hello to the New Year with an open heart and an open bar!

“Stand” from my first solo album. The lyrics are so apt for these trying times that we Pinoys are going through. Very timely.

I was happiest when I released my first solo album last August. In addition to that “high,” the album hit the No. 1 spot on iTunes in just two weeks.

I plan to take my fitness regimen seriously. I will go to the gym more often and have my trainer help me monitor my health. I’ll also be focusing more on my music as Joey G apart from my band,  Side A.

Kapuso stars Maxene Magalona, Enzo Pineda and Mark Herras join hands with Kapamilya dancer-host Jhong Hilario and Kapatid sensations, Jasmine Curtis-Smith and Divine Lee—all in the name of celebrating aesthetic clinic Flawless’ 12th anniversary and promoting the concept of empowered beauty. It was a monthlong celebration, dubbed National Flawless Month. The stars played the role of fairy godmother with offerings that will help clients stay fab long after the year is over. Clients can redeem their rewards until December 2014 (for details www.flawless.com.ph).