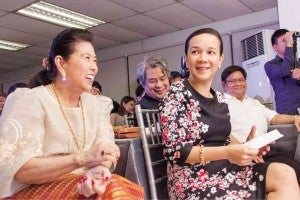 Film Development Council of the Philippines (FDCP) chairman Briccio Santos, one of the speakers, described the Inquirer Indie Bravo! Awards on Thursday as “an intimate, meaningful ceremony.”

Filmmaker-honoree Kanakan Balintagos agreed, calling it a “night of wonderful reunions.” Balintagos brought mom Leonarda to the event, as he did on the two previous times he was honored. 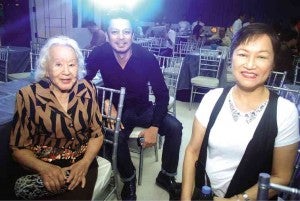 Rock band Dagsin performed before and after the ceremony.

Another happy reunion was that of actor-honoree Anita Linda and Premiere Productions’ Digna Santiago.

The veteran star had come from a “Magpakailanman” taping that wrapped up 3 a.m. that day. A true trouper, she was at the Inquirer office an hour ahead of everyone else.

Another actor-honoree, Alessandra de Rossi, had come from an all-nighter, too. Still, she drove herself to the PDI Makati office.

Joel Torre took a leave from his daily show, “Honesto,” to personally receive his trophy. 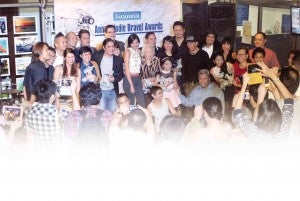 INDIE Bravo! Batch 2013 and the PDI Entertainment staff pose for a souvenir photo after the ceremony. INQSnap this page (not just the logo) to view more photos and a video. ARNOLD ALMACEN

Perci Intalan was only too happy to proxy for director-honoree and life partner Jun Robles Lana, who was directing “Dormitoryo” in Tagaytay. Two-time Indie Bravo! awardee Brillante Ma. Mendoza accepted the trophy for Nora Aunor (who was sick), whom he directed in “Thy Womb.”

Eugenio “Toto” Villareal, chairman of the Movie and Television Review and Classification Board (MTRCB), sat beside his predecessor, Grace Poe, now a senator.

The indefatigable MTRCB chairman had come from three other gatherings. At the end of the awards show, he was off to his fifth event.

Some of the awardees paid tribute to fellow honorees who were their “idols.”

Dwein Baltazar was elated to be in the same room as the filmmakers she admires—including fellow honoree Emmanuel Quindo Palo, who megged the TV show “Your Song,” where she worked as stylist. 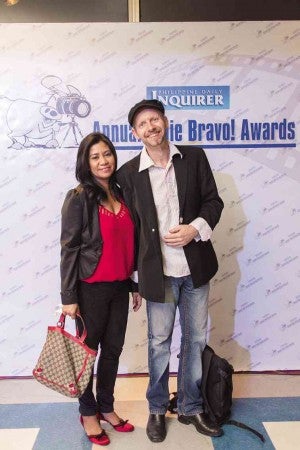 “I was so scared of you,” Baltazar said, addressing Palo. Then she announced that her goal for that evening was to have a snapshot with her high-school crush, Jericho Rosales. She got her wish.

It was an evening of chance encounters as well.

After the ceremony, Palo related, he went with a few of the honorees (Lawrence Fajardo, Paul Sta. Ana, Sigrid Andrea Bernardo, Sheron Dayoc) to hang out elsewhere, “To talk about the Inquirer Indie Bravo! Awards over beer until 3 a.m.”

Indeed, for most, we now see in Facebook, the night didn’t end. With reports from Marinel R. Cruz.