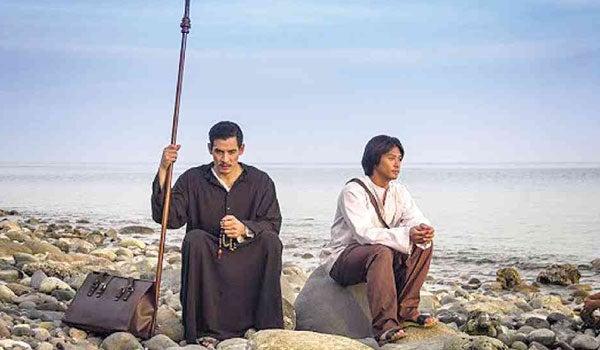 This historical-adventure-dramatic film traces the life of young Filipino catechist Pedro Calungsod (Nacino), who joined Fr. Diego San Vitores (Vasquez) in the San Diego Mission in the Marianas. The young assistant and the priest were executed in Guam in 1672. In October 2012, Calungsod was canonized. Villacorta said today’s youth could learn many things from the life of the Filipino saint: “He was  ordinary, but his dedication to God was inspiring.” Nacino admitted that playing Calungsod was a huge challenge. “I had to learn Spanish and Cebuano.” Bayani San Diego Jr.