‘James Bond would be an alcoholic’ | Inquirer Entertainment

‘James Bond would be an alcoholic’ 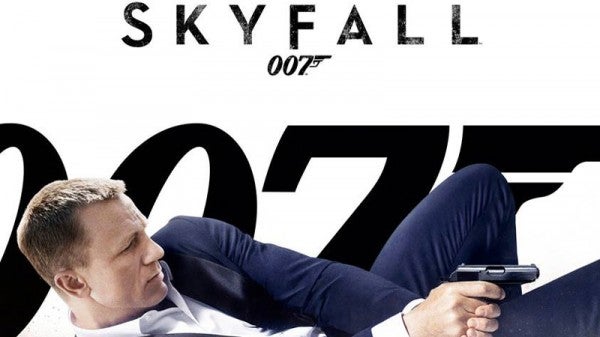 The latest James Bond movie “Skyfall” stars Daniel Craig. 007 boozed so much that in all reality he would have had the tremulous hands of a chronic alcoholic, according to an offbeat study published by the British Medical Journal. PHOTO FROM FACEBOOK.COM/JAMESBONDOO7

PARIS—“A dry martini. Just hand it to me, and I’ll do the shaking myself.”

This, according to British doctors, is somewhat how James Bond would have been in real life.

Agent 007 boozed so much that in all reality he would have had the tremulous hands of a chronic alcoholic, according to an offbeat study published by the British Medical Journal (BMJ).

If statistics are any guide, Bond would have died from alcohol- and tobacco-related diseases in his mid-50s, it says.

And the paper darkly questions Bond’s supposed success as a womanizer. 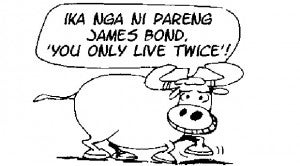 Given the vast quantities of drink he consumed before bedding a conquest, the evidence may not have stood up, it says.

With Bond’s level of alcohol consumption, he would be “at high risk of suffering from sexual dysfunction, which would considerably affect his womanizing,” the study says.

The conclusions are made by a trio of British doctors who read all 14 of the original James Bond books authored by Ian Fleming, noting when and what the character drank.

Two of the novels were excluded: “The Spy Who Loved Me,” written in the first person by a waitress and thus deemed an unreliable source, and “Octopussy and The Living Daylights,” a compendium of short stories that also fell short of the mark because it was not one single coherent tale.

Of these, 36 days were booze-free because Bond was incarcerated or in hospital.

This leaves 87.5 days, during which Britain’s top spy glugged down a whopping 1,150 units of alcohol, or 92 units a week—four times the recommended amount.

“We were struck … that his level of alcohol consumption seemed rather high and wondered whether he would realistically have the capacity to perform [in all aspects of his life] at his high level of alcohol intake,” the study says.

“James Bond’s level of alcohol intake puts him at high risk of multiple alcohol-related diseases and an early death,” says the tongue-in-cheek investigation.

“The level of function as displayed in the books is inconsistent with the physical, mental and indeed sexual functioning expected from someone drinking this much alcohol.”

On a cruel note, it concludes: “James Bond was unlikely to be able to stir his drinks, even if he would have wanted to, because of likely alcohol-induced tremor.” AFP with a report from Inquirer Research