Susan Boyle reveals she has Asperger’s 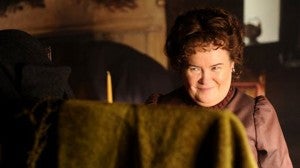 LONDON— Scottish singer Susan Boyle revealed on Sunday that she has been diagnosed with Asperger syndrome, a high-functioning form of autism.

Boyle, a 52-year-old church volunteer who became a global singing sensation, told Britain’s Observer newspaper she had been diagnosed a year ago and spoke of her relief after years of bullying for her learning difficulties.

“It was the wrong diagnosis when I was a kid,” she said.

“I was told I had brain damage. I always knew it was an unfair label. Now I have a clearer understanding of what’s wrong and I feel relieved and a bit more relaxed about myself.”

A devout Catholic and lifelong singleton who lived on welfare handouts, she became an overnight sensation after her rendition of “I Dreamed A Dream” from the musical Les Miserables went viral on the Internet.

Her first appearance on the show has racked up nearly 140 million views on YouTube. She has since recorded four smash-hit albums and sung for the pope.

Boyle’s quirky sense of humour and golden voice won her legions of fans, but her rapid rise to fame and the huge press attention drove her close to breakdown.

Boyle was deprived of oxygen at her birth and was bullied throughout her school years, nicknamed “Susie Simple” by her classmates.

But recent tests have revealed that she has above-average intelligence, she told the Observer.

“I was told my IQ was above average,” she said.

Boyle said her Asperger’s diagnosis would not make any difference to her life, insisting: “It’s just a condition that I have to live with and work through.”

But she added: “I think people will treat me better because they will have a much greater understanding of who I am and why I do the things I do.”

Fox Searchlight is reportedly interested in making a film of Boyle’s rise to stardom from her humble life in the village of Blackburn, near the Scottish capital Edinburgh.