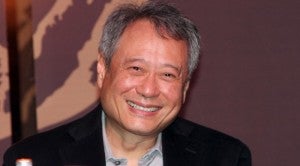 In his speech after the screening of “Life of Pi” at the SM Aura on November 28, Oscar-winning filmmaker Ang Lee told the audience of his intention to shoot a film in the Philippines.

According to reports, Lee’s next 3D film centers on boxing and will tackle the “Thrilla in Manila” prize fight between Muhammad Ali and Joe Frazier.

The Film Development Council of the Philippines (FDCP), under chair Briccio Santos, has assured Lee of the government’s full support for the film.

“It is indeed an honor for us that a fellow Asian, distinguished for his artistic contribution to world cinema, has shared his precious time with Filipinos who have long admired his films,” Santos said during a formal dinner in Lee’s honor.

He told Lee that the Philippine government would stand behind the “most worthy creative endeavor” through the Philippine Film Export Services Office, under FDCP, which facilitates foreign productions in the country through a committee that provides “one-stop shop” coordination.

The Taipei Economic and Cultural Office (Teco) in the Philippines, in cooperation with the FDCP and SM Cinema, organized the “Salute to Ang Lee” event, a two-day affair, at the SM Aura, Taguig City.

SM Prime Holdings president Hans Sy hosted the dinner the following day. The gathering was attended by dignitaries and public officials, who were welcomed by Ambassador Raymond L.S. Wang of Teco.

Santos awarded Lee a plaque of recognition, made by glass sculptor Impy Pilapil.

Teco also received a plaque of appreciation from the FDCP.

Santos said that FDCP valued its partnership with Teco and expressed the hope that future undertakings would be as successful as the tribute to Lee.

The FDCP chair was recognized for his efforts in developing and promoting Philippine cultural identity through cinema, particularly in the preservation of Philippine film heritage through the creation of the National Film Archives, which is an advocacy greatly supported by France, known to be the birthplace of cinema.