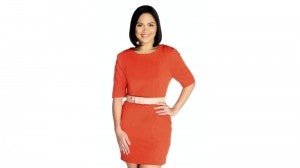 “Bet on Your Baby” is only a few telecasts old, but it’s already made a name for itself as the most “prize-friendly” game and quiz show on the tube:

On its very first telecast, the couple who got into the show’s championship round romped off with its top prize—a cool million pesos in cash!

Since then, other winning parents and their toddlers have won hundreds of thousands of pesos—and, just last Sunday, the new program came up with its second, very surprised and thrilled “millionaire” family!

It all seems to be too good to be true, but it’s actually just a matter of fantastic luck and good fortune, since winning the million-peso plum is just a question of being able to choose the right piggy bank that happens to contain the millionaire-making bonanza.

—And, no, the surname of the game’s two new top winners was not “Napoles!” Na-surprise, definitely. Na-possess, quite possibly. But, no other porcine connections can be inferred.

The recent turn of events has been great news for the two “winningest” families involved, but it’s also done wonders for the show’s reputation and newsworthiness.

Now, all couples with toddlers will want to join the competition or view the “ultragenerous” show—so, just watch its ratings go through the roof!

Elsewhere on the TV screen, a cautionary note was recently struck on “Sunday All-Stars,” because the well-meaning and hard-working stellar contenders continued to be stymied by their limiting “bits and pieces” mentality when conceptualizing and performing their weekly competition numbers.

Instead of working at unified concepts and approaches, they still think in small portions, each with a little showcase for each cast member. This is nice and cozy, but it prevents their numbers from genuinely building up to a satisfying and insightful climax, as all concept numbers should!

ADVERTISEMENT
Read Next
Knock-out tunes from Barbra Streisand and Regine Velasquez
EDITORS' PICK
Water remains our saving grace right now
The biggest lottery jackpot in the world is $158 million, and even someone from the Philippines could win it
Smart 5G goes live
COVID-19 cases in PH overshoot 122,000 mark
51% of Filipinos think it’s dangerous to publish anything critical about Duterte admin — SWS
PhilHealth mess: Whose heads will roll? Roque says he can’t wait to name names
MOST READ
Captain astonished that his ship delivered Beirut explosive
‘Vexed’: Guanzon raps Topacio over Alzheimer’s remark
Locsin to China: Don’t overinterpret
COVID-19 cases in PH overshoot 122,000 mark
Don't miss out on the latest news and information.

TAGS: Bet on Your Baby, Television