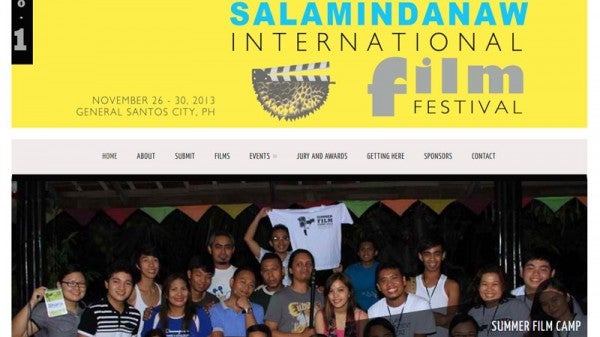 ALABEL, Sarangani – At least eight films depicting life in Sarangani province were screened here starting Wednesday as a prelude to the annual tribute to the “first people” of this province.

Mangansakan said the screening of the eight short films depicting life and icons of Sarangani was aimed at giving more relevance to the Munato Festival.

Michelle Solon, Socsksargen regional tourism officer, said the showing of the eight films would allow people to see “what does first people really mean” as they presented “different stories and different perspectives of Sarangani from the eyes of a Sarangan.”

When Dr. Eusebio Dizon of the National Museum and his team stumbled on anthropomorphic burial jars, which were used by the ancient people of Sarangani, in Pinol and Linao caves in Maitum town in 1991, they instantly knew they found something of untold significance.

Dizon, who was helped by Moro National Liberation Front commander Ayub Mindog in the discovery, even described the finds as “unparalleled in Southeast Asia” and Pinol and Linao caves as “the most significant caves in Mindanao,” especially after radiocarbon tests showed that some of potsherds were even likely 3,000 years old or from the New Stone Age era while others were much newer, about 2,000 years old.

Dizon said the finds might be able to provide “significant information and material evidence to trace not only Philippine prehistory but also that of Southeast Asia.”

As to the precise identity and origin of the original inhabitants of Sarangani, it remains uncertain to this day but as Dizon has put it, they have “similarities with some of the Sabah pots from Bukit Tengkorak.”

To the people of Sarangani, honoring the “first people” has been an annual event since November 2002.

This year, the people of Sarangani celebrate the Munato (literally, first people) Festival from November 27 to December 6 with the theme “History, Culture and Resources!”

Gov. Steve Chiongbian said officials had hoped that the annual celebration would complement the diorama of the Pinol and Linao finds at the atrium of the Maitum townhall in further strengthening the interest of the younger generation in the history and culture of the province.

Sarangani, a 3,601.3-square kilometer agricultural province, is on the southernmost tip of Mindanao and had been mainly populated by the B’laan tribe in the past. Now, its nearly 500,000 population consist of B’laans, migrants from Visayas and Luzon and people originally from other parts of Mindanao.

“Sarangani Province is playing a big role as far as the tourism industry in Region 12 is concerned. General Santos City is considered as the gateway. The biggest bulk of passengers coming into the region is through GenSan and normally, the first destination would be Sarangani,” Dillera said.

The Pinol Cave remains among the top visited areas in the province, along with the white sand beaches of Gumasa in Glan town; the Balungis Women Association (handloom weaving and garment) center in Malapatan town; the Lamlifew Village Museum and School of Living Tradition and the Pacman Agro-Eco Farm in Malungon town; the Lemlunay Resort, IML Eco-Park, paragliding, and Fort Sarangani in Maasim town; the Tuka Marine Park and Towok Eco-Tourism in Kiamba town; and the White Water Tubing, Turtle “Pawikan” Nestling and Pikong Kumabel Falls in Maitum town.