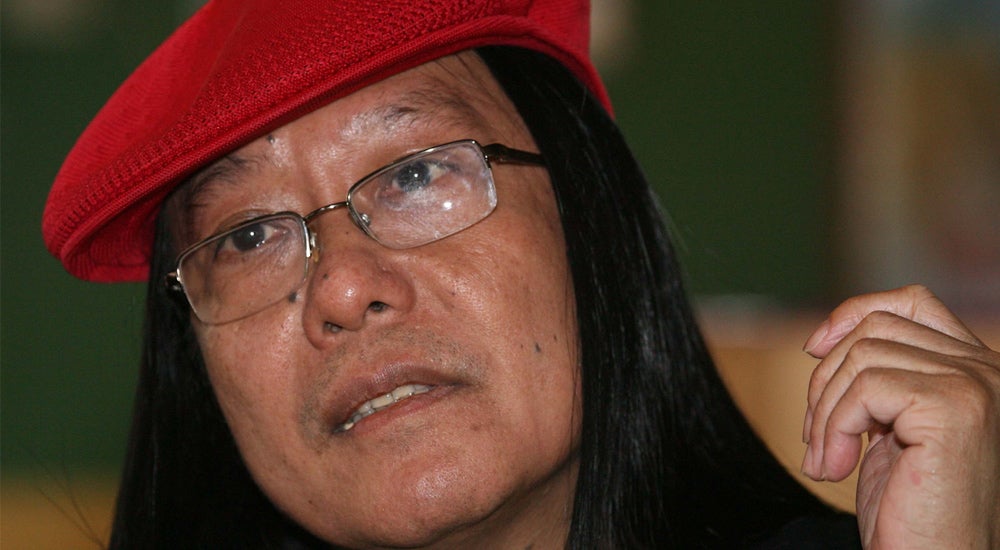 Freddie Aguilar (in photo) has been accused of child abuse by lawyer Fernando Perito who said on Tuesday he had been receiving death threats on his mobile and office phones. INQUIRER FILE PHOTO

SAN PEDRO, Laguna—The lawyer accusing singer Freddie Aguilar of child abuse said he had been receiving death threats on his mobile and office phones since he filed criminal charges against the music icon.

In an Inquirer interview Tuesday, Fernando Perito said the threats came after he pressed charges against the 60-year-old Aguilar over his controversial relationship with a 16-year-old girl from Oriental Mindoro province.

“Pag hindi mo tinigilan si Ka Freddie, buburahin ka namin sa mundo. Tukoy ka na namin. Mag-ingat ka!” (If you don’t leave Ka Freddie alone, we will wipe you off this planet. We know who you are. Be careful!),” according to one text message which he said was sent to his phone.

Perito said he was not taking the threats lightly but that he was also not withdrawing the charges.

At first, he said, he did not wish to destroy Aguilar’s reputation since he looked up to him as someone who espoused patriotism and care for women and children through his songs. “But I’m having second thoughts this time.”

The lawyer sued the singer for child abuse on Monday, amending the complaint for qualified seduction he filed last month in the Quezon City Prosecutor’s Office. Joining him in the revised charge were two more complainants, Peter Sesbreno and Chistine Joy Bangalisan, both of Quezon City.

Drawing flak in the social media after news of the relationship broke out in September, Aguilar and the girl recently converted to Islam and got married Friday in Buluan, Maguindanao province.

Perito said Aguilar showed disrespect for the rule of law and insulted Catholics when he started a romance with a minor 44 years his junior.

Marrying the girl in Muslim rites would not absolve Aguilar from the charges filed in Quezon City, the lawyer argued.