The Killers release ‘Direct Hits’—a compilation of their best work 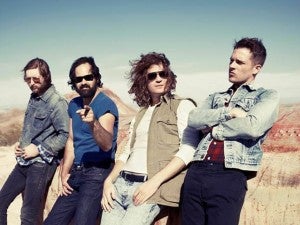 The Killers are at the pinnacle of their careers—so much so that a Greatest Hits album is definitely in order for them. While some may think it might be too soon for the band to do this, I don’t think it would have been a good idea either to wait another couple of years more to finally release one.

As I was reading the track listing of their Greatest Hits, it was like a trip down memory lane for me. Going through the tracks listing in chronological order reminded me of the very first time I had heard their songs “Mr. Brightside”, “Somebody Told Me”, and “When You Were Young” many years ago, just to name a few. I practically know the lyrics to these songs by heart already!

“Direct Hits” which is the name of their newly released “Greatest Hits” album is further proof just how far The Killers have gone from starting out as an indie band from Las Vegas to now being one of the best and immediately recognizable bands in the entire world.

Now, almost every music aficionado—young and old—have either a clear understanding of what their music is all about or at least have some idea of who they are.

Why? When you think of it, there aren’t still a lot of modern rock bands around today that debuted in the early 2000’s who have since then really kept a consistent connection to their fans since Day One after the release of “Hot Fuss”. Their major label debut was released into the market a decade ago, yet they haven’t slowed down a bit since. They are still performing and touring to this very day.

As per tradition, when it comes to every Greatest Hits release, expect to hear a few never-before-released songs to be included in the track listing. There are two new songs here, namely: “Shot At The Night” and “Just Another Girl” which had never seen the light of day; neither had they gotten radio airplay until now. These are an added bonus for long-time fans of The Killers.

And let me tell you, if you are very familiar with the music of The Killers since the day that they had broken through the mainstream scene, then you would be well aware of the changes in their sound throughout the last four album releases. Then, these two unreleased tracks wouldn’t disappoint. Well, at least for me, they did not. 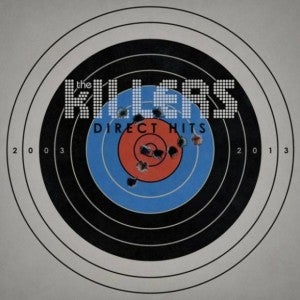 On the other hand, in some instances when you hear that a band has released a Greatest Hits album, you would tend to believe that the band may have broken up or are taking an extended hiatus.

But in this case, for a band as good as The Killers, it is a career retrospective and a reminder that this band has a lot to more offer. And who knows, down the line, another Greatest Hits album will be in the offing soon?

The Killers have already built such an impressive back catalog of work that any music aficionado will somehow find a song or two or more that he can readily relate with and feel a connection to.  And for a band that has reached their 10th anniversary already, what a better and more fitting way than to acknowledge them than this compilation of their best work, thus far?

The Killers are in no way a one-dimensional band. And they are no one-hit wonder by any stretch of the imagination. The title of their Greatest Hits album, “Direct Hits”—interestingly enough, chosen by the band members themselves—is certainly proof of that!