Gov. Vi says she could be the next president | Inquirer Entertainment
Close
menu
search

Gov. Vi says she could be the next president

At a recent gathering to celebrate her turning 60, actress and Batangas Gov. Vilma Santos announced she was “inclined to be the next president.” 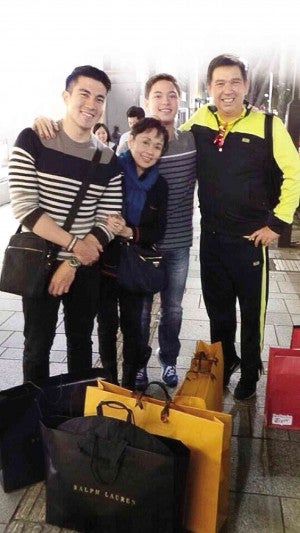 Now she recalls that the audience gasped in unison. Of course she was kidding, she says.  “My husband, Sen. Ralph Recto, has been training and encouraging me to run for president… of the senior citizens’ [club] of

First things first: Will she soon apply for a senior citizen card?

She quips, laughing, “I refuse to sign the application form.” On second thought, she relates, “My staff tells me that I can avail of numerous discounts, free movie tickets, and other benefits, as a card-carrying senior. I tell them I can still pay for my own way.”

Turning serious, she explains that her recent birth anniversary (on Nov. 3) came with a slew of realizations, big and small.

“The day before, when we were supposed to celebrate, my mother-in-law died,” she recalls. The actress-politician was in Tokyo at the time, vacationing with her family. Sen. Ralph Recto’s mother, Carmen Gonzalez-Recto, passed away while on a holiday in Cambodia.

“She took a nap before her flight back to Manila but never woke up,” Gov. Vi relates.

“Bittersweet” is the only way she can describe it. As she marked a milestone with her husband Ralph and sons Luis Manzano and Ryan Christian Recto, she was also mourning the loss of 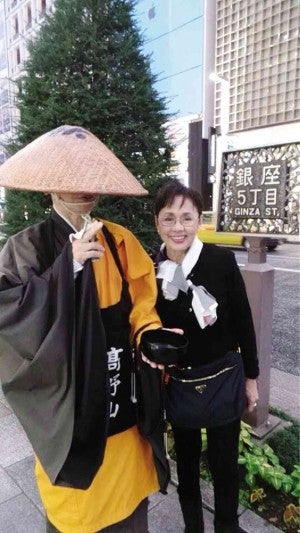 THE STAR gets to be an ordinary tourist on Ginza Street.

a loved one. “We were so happy… then we heard the sad news.”

On the bright side, she points out, losing their mom somewhat reunited the Recto siblings. “They had their share of trials in the past but now, … with their parents gone, they’ve become closer.”

As soon as she got home, the governor had to prepare her province for Supertyphoon “Yolanda.”

“It was a wakeup call,” she says of the calamity. “It should push us to value our lives. It’s not all about material things. In an instant, you can lose everything.”

She doesn’t hide it: “I feel very bad for our country. Calamities come one after the other. The good thing is, you see people suffering, but even more people helping out. The victims are crying, but you can see that their positive values have remained intact. They are hopeful. They believe that they can rebuild their lives.”

Her only wish is for an end to the disasters. “I can’t ask for anything more,” she says.

Batangas plans to extend assistance to the less-fortunate provinces that were in the supertyphoon’s path. 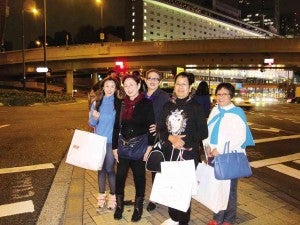 STROLLING around the Japanese capital with family and friends

She is teaming up with The Generics Pharmacy (TGP), a company she endorses. She declines to reveal details of her contribution to the relief efforts.

“For me, personally, this is the perfect time to help,” she says. “There’s no need to talk about it in the media. What is important is that God knows you share your blessings with those in need.”

She remains upbeat, even when talk turns to the pork barrel scandal which involved some fellow actor-politicians. “It’s just so unfortunate. Our democracy is younger than other countries’… I consider these controversies part of our learning process as a nation. At least, our people are now more aware of, and more involved in, governance.”

She hopes Filipinos will not dismiss all public servants as corrupt. “I am not saying that my administration is perfect,” she says. “But Batangas is trying to change the system for the better.”

The ability to rise above petty intrigues is part of maturing, she insists.

Asked about the impending elevation of rival Nora Aunor as National Artist, she remains unruffled. 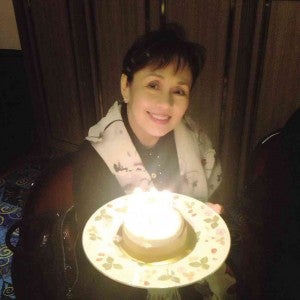 BIRTHDAY girl with her cake

“Nora deserves it. No one can question her contributions to the industry,” Gov. Vi remarks. “She has been in show business almost as long as I have… Everything happens for a reason. If she gets that honor, it’s well-deserved.”

She has one request: “Please stop pitting us against each other. We both have better things to do than deal with intrigues. If I were younger, I would have fought with critics. But life is too short to waste on bashers who have nothing nice to say about you. They are not worth anyone’s time.”

She notes, “I make the most of what I have. What’s important is that I found the real world, this one beyond show business. And for that my life has more meaning. After all these years, I am still blessed.”

11 US senators to Biden admin: Condemn ‘pattern’ of abuses under Duterte