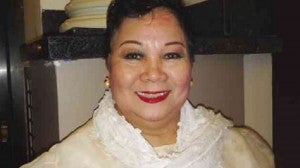 LOS ANGELES—A heroic nurse (Menchu Sanchez) who led the evacuation of 20 sick babies from a neonatal ward and down eight flights of stairs when Hurricane “Sandy” plunged a New York hospital into darkness, a musician (Joe Bataan) dubbed the king of Latin soul and an NBC TV reporter (Katherine Creag) were among the honorees in the third staging of The Outstanding Filipino Americans in New York (Tofa NY) Awards held recently at the world-renowned Carnegie Hall.

Joe, who was honored last year by the Smithsonian Institute in Washington, DC, performed two songs after receiving his Heritage Award. The veteran performer proudly declared on stage that he was an “Afro-Filipino!” (He likes to say that his “father was Filipino, my mother was African American, and my culture was Puerto Rican”—owing to the community he grew up in.) 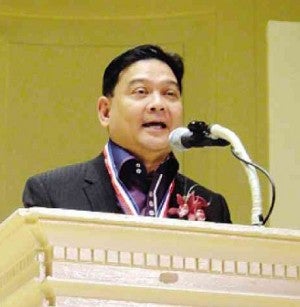 Joe earned one of the standing ovations in a night of celebration and inspiration. True to his title, he sang with feeling, the years of experience adding texture and richness to his voice. He showed he had the smooth moves as well.

There’s really nothing like a veteran of Joe’s stature to show—even with just a couple of songs—that it’s all about performing from deep within you, not vocal pyrotechnics.

Katherine, who hosted the show, won in the Media and Publishing category. The TV reporter’s quick wit, down-to-earth personality and easy charm helped make the event an enjoyable one, not at all tedious as some awards shows tend to be. 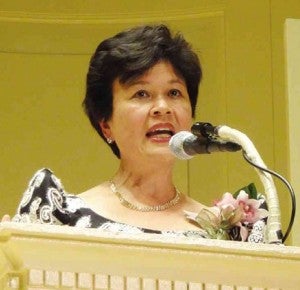 Sibyl Santiago, executive director and head of marketing of the Soho International Film Festival, won in the Arts and Culture category. It was good to see Sibyl’s mom again, veteran actress Lorli Villanueva, who looked radiant. NY-based Lorli has a musical concert on Feb. 7 in the Philippine Center’s Kalayaan Hall.

Marietta Geraldino (winner in Education, Research and Technology), who talked about her dedication to educate the young, was one of the awardees who brought up passion and commitment as driving forces in their quest for excellence. Esperanza Garcia (Youth and Sports), Irma Bajar (Lesbian, Gay, Bisexual and Transgender Advocacy) and Jen Furer (Courage of Conviction) certainly spoke from the heart and with fervor in their acceptance speeches. 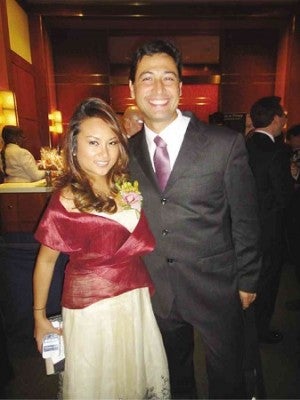 Christine Sienicki (Entertainment), a member of the world-famous Rockettes, stood out with her towering height. Other winners were Jaena Valles (Business and Entrepreneurship), Guenevere Rodriguez (Fashion and Style), Rio Guerrero (Public Service and Politics), Maya Rowencak (Community Service and Advocacy) and Aris Tuazon (Food and Restaurants).

Aside from Joe, the other Heritage awardees were Monique Lhuillier (who was a no-show), the Filipino American Legal Defense and Educational Fund and the Foundation for Filipino Artists Inc. (Edwin Josue accepted the award on behalf of Aida Bartolome).

CHRISTINE Sienicki of the Rockettes. PHOTO BY RUBEN NEPALES

Lorna Schofield, the first Filipino-American to serve as federal judge under Article III of the US Constitution, and Mario Lopez de Leon Jr., the Philippine consul general in New York, spoke eloquently before the packed crowd. Judge Schofield talked movingly about her Filipino mother. Statuesque Gail Banawis assisted the judge, the consul general and deputy consul general Zaldy Patron in handing out the trophies and medallions to the winners.

Entertainment was provided by Kirby Asunto (who was a winsome standout in the recent NY staging of the musical version of “Noli Me Tangere”), April Talangbayan, John Pio, Christine Joyce Lam and PCSNJ Youth Group.

Lani Misalucha, who was the finale performer, serenaded the awardees on stage with a medley.

Aris’ strikingly named restaurant, Ugly Kitchen, served as the after-party venue. Non-Pinoy customers and the Fil-Am folks who trooped in from the show made for a fun, if packed, place. We relished eating balut, pinapaitan and lechon, washed down with San Mig Light, in the company of old and new friends in Manhattan. 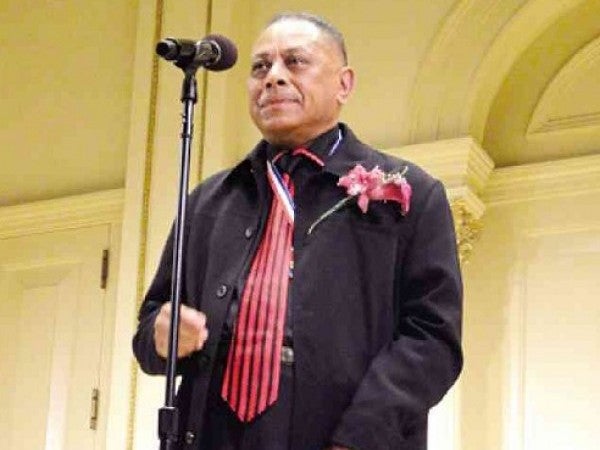