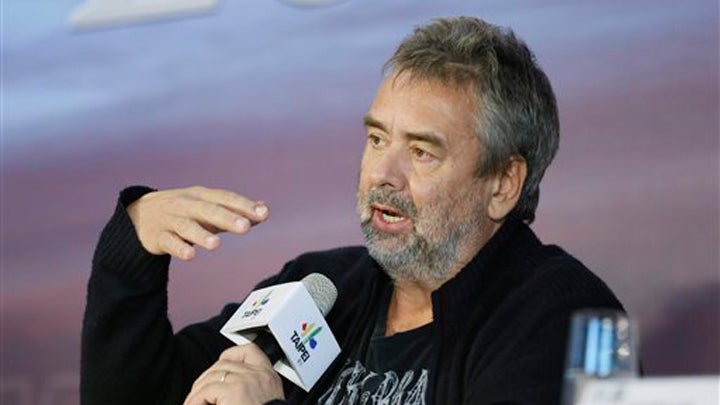 Director Luc Besson talks to media after finishing parts of his filming in Taiwan for a new movie ‘Lucy’ in Taipei, Taiwan, Friday. AP

TAIPEI, Taiwan—French film director Luc Besson on Friday slammed paparazzi in Taiwan for interfering with the shooting of his latest film, but denied reports that he considered leaving the island early to underscore his disgust over their actions.

“We don’t want pictures with new dresses of Scarlett,” he said. “Sometime I lost a bit of my concentration because I’m bothered by that.”

“Shooting at nighttime was a nightmare” because of constant paparazzi intrusions, he said.

Besson singled out two unnamed agencies from Hong Kong for special condemnation, but labeled as incorrect press reports that he wanted to leave Taiwan early to register his disapproval of their actions.

“I read in the newspaper that I was ready to leave,” he said. “This is wrong.”

Besson also said it was incorrect to say that drug smuggling was the focus of the film, saying it comprised only a very small part.

“The film is about pure intelligence,” he said, declining to elaborate. “We’re basically using 10 percent of our brain. What happens when we use more?”

Besson said work on the film would take another year, and that it was still too early to talk about a release date.