Ewan McGregor to star on Broadway next year | Inquirer Entertainment

Ewan McGregor to star on Broadway next year 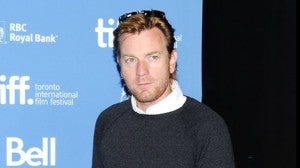 NEW YORK— “Trainspotting” star Ewan McGregor will make his Broadway debut next year in a revival of Tom Stoppard’s “The Real Thing.”

Roundabout Theater Company said Thursday that McGregor will play the unhappily married Henry in the play under the direction of Sam Gold. Previews begin next October at the American Airlines Theatre.

McGregor was last seen on the stage in 2008 in London starring as Iago opposite Chiwetel Ejiofor’s Othello at the Donmar Warehouse. He also starred alongside Jane Krakowski, Douglas Hodge and Jenna Russell in the original Donmar Warehouse production of “Guys and Dolls” at the Piccadilly Theatre in London.

McGregor next will be seen in John Wells’ film adaptation of Tracy Letts’ Pulitzer- and Tony-winning play “August: Osage County” opposite Meryl Streep and Julia Roberts.