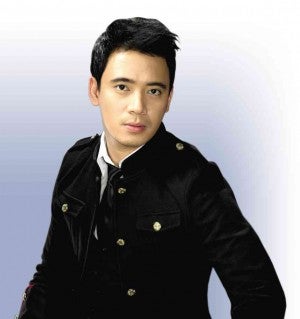 “NEOPHYTE singers offer something new so I have to be always on my toes.”

With new singers being discovered in various reality talent searches every year, Erik Santos said he could not help but feel threatened occasionally.

So, when asked what he thought was his biggest achievement so far, the balladeer said it was not winning in the “Star in a Million” competition or holding successful shows, but the fact that he was still in the business after 10 years.

“There have been many highlights in my career. But being able to last this long in the biz is an achievement in itself. Not many artists get this privilege,” Santos told the Inquirer at a recent press conference for his coming concert “InTENse: A Decade with the Prince of Pop.”

“It’s no joke staying visible with so many hopefuls trying to get into the industry,” he said. “They all offer something new so you have to be always on your toes. You need to make sure that you have enough gigs or TV appearances; your songs have to be played on the radio…show biz has so many platforms now,” he added.

Despite being named champion in “Star in a Million,” Santos admitted that former competitor Christian Bautista made him insecure.

“I can’t say that I didn’t see him as a rival. I used to think, ‘I’m the winner and yet Christian gets to do shows in Indonesia.’ And when he has a hit song, I want to have my own as well,” said Santos. “Now it’s just healthy competition. We support each other.”

Through the years, Santos managed to shed his insecurities as a performer. He said he had matured significantly and learned to focus on his own accomplishments, instead of gauging his success against others’.

“Ngayon nai-insecure na lang ako when after doing something, I realize I could have done better,” he said.

This newfound maturity, Santos said, did not only change the way he saw his career but also helped him improve his craft. The 31-year-old singer said he was not as finicky about hitting high notes smoothly, as making sure that he was delivering a song’s message with sincerity.

“The experiences I’ve had help me in my performances and recording sessions. I think it’s not enough that your singing is pitch-perfect—it has to rouse emotions. When I sing, I try to tell a story,” explained Santos, who dabbled in acting a few times, appearing in the television drama “Maalaala Mo Kaya” and the local production of “The Little Mermaid” musical.

Known for tackling powerful love ballads, Santos is determined to be more versatile by including more upbeat songs in his repertoire for “InTENse” at the Philippine International Convention Center (PICC) Plenary Hall on Nov. 9. “I want to go beyond my limits. Aside from personal favorites, Broadway songs and teleserye theme songs, I’ll do song-and-dance numbers as well!” he said, laughing. “I’m not a dancer, but I will try!”

Santos stressed, “Every day is a learning experience and I want to challenge myself.”

“They have all been part of my journey and I’m flattered that they agreed to appear in the show,” Santos said.

Santos is not the only singing champ that will have a concert next month—fellow artists Sarah Geronimo and Jed Madela are also celebrating their 10th anniversaries. Although feeling some pressure from the perceived competition from his contemporaries, Santos was sure about what he could offer his audience.

“We chose PICC because I have lots of fans who are mothers or grandmothers, who all just want to relax and listen to music. I know my market and I know how to give them a good show,” he said. “What I can offer them is my musicality that I have developed over the years.”

Tickets are available at Ticketworld and TicketNet.