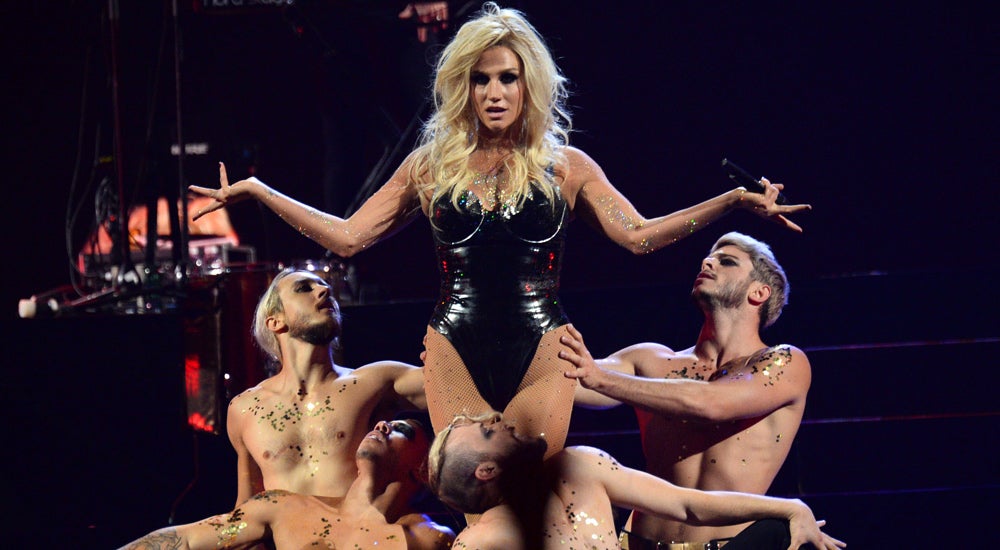 In this Sep. 22 2013 file photo, Ke$ha performs at the IHeartRadio Music Festival, in Las Vegas. Authorities in Muslim-majority Malaysia have banned a planned concert by U.S. pop singer Ke$ha after deciding it would hurt cultural and religious sensitivities. AP

KUALA LUMPUR, Malaysia — Authorities in Muslim-majority Malaysia have banned a planned concert by U.S. pop singer Ke$ha after deciding it would hurt cultural and religious sensitivities.

Concert organizer Livescape said it received a letter about the decision on the eve of the show that was to be held Saturday at a Kuala Lumpur stadium.

The Ministry of Communications and Multimedia said separately that it was rejecting the application for Ke$ha to perform for reasons of religion and culture.

The ministry’s statement did not elaborate. Ke$ha, whose hits include “Tik Tok” and “Die Young,” has songs that make explicit references to sex and liquor.

Ke$ha and her team had previously agreed to modify their planned show in Malaysia, including making changes to her song lyrics and wardrobe, to comply with the government’s general guidelines for performers, Livescape said in its statement.

Livescape said it was losing more than 1.1 million ringgit ($350,000) because of the ban. It urged the Malaysian government to “engage in a productive dialogue” with concert promoters to prevent similar incidents.