Underwood will star on live TV in ‘Sound of Music’ 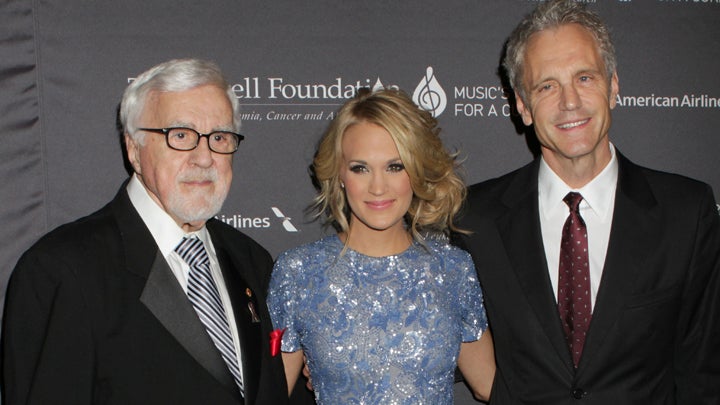 NEW YORK – The end of the year looks busy for Carrie Underwood, and she couldn’t be happier.

The six-time Grammy-winning singer will host the Country Music Association Awards for the sixth time. You can see her singing the opening on NBC’s “Sunday Night Football.” And for one night in December, she’ll star in a live television version of “The Sound of Music.”

The 30-year-old star told The Associated Press on the red carpet Tuesday night at the TJ Martell Foundation gala, where she was one of the night’s honorees, that she was nervous doing something she’s never done before. But then she realized, “None of us have. This is a live show on TV. So this is definitely a challenge for all of us.”

She said the live singing and acting was like “going to a Broadway show, but you’re in your living room.”

While the Nashville, Tennessee-based Underwood is no stranger to performing before millions of people on live television — she won the fourth season of “American Idol” — she felt she needed more preparation, so she showed up in New York three weeks early.

“I wanted to be here and have all my lines memorized and everything and be ready for it. It’s been really wonderful,” Underwood said. “Audra and Laura are incredible. Stephen’s great. It’s nice to be surrounded by that much talent.”

Before doing that show, the multiplatinum-selling artist returns to her hosting duties on the CMAs. She’s nominated for three awards, including album of the year and song of the year. While she and co-host Brad Paisley have it down to a science, she doesn’t see the experience as old hat.

“You never know what’s going to happen with us hosting,” Underwood joked.

She added: “I think being nominated — especially when hosting the CMAs — you just never know.”

Underwood also spoke about recording the opening number this season for “Sunday Night Football.” She claims doing it was a no-brainer.

“It’s a lot of fun. I grew up watching football. I’m from Oklahoma, it’s what we do,” she said with a big smile.

The conversation then turned to hockey and her husband Mike Fisher’s team, the Nashville Predators.

“They got off to a little bit of rocky start, but definitely getting some momentum. I feel like my husband right now. I know what he feels like now. I feel there’s some really great, new young talent,” Underwood said.

And what about the team’s star center?

“My hubby, he’s been out for the past couple of games with a foot fracture thing. But he’ll be back on the ice, ASAP. I hope he does, because that’s the only way I get to see him, other than iChat.”