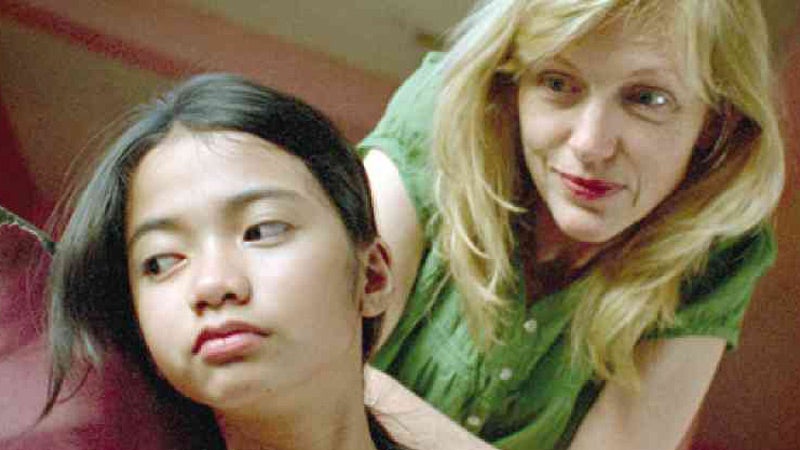 Sandy Talag was getting dressed for school when she first heard the good news.

Eunice de Asis, local producer of Jacco Groen’s “Lilet Never Happened,” called up to congratulate her one fine day. “I said, ‘thank you,’ thinking all the while that it was for the award (audience prize) ‘Lilet’ had won earlier in the Buster film fest in Denmark,” Sandy recalled. “But Tita Eunice said the trophy was for me.”

“It was a different kind of excitement,” she recounted. “Maybe that’s what people call tears of joy.”

The honor is a belated reward for the former “StarStruck Kids” discovery.

She was only 11 and a graduate of wholesome GMA 7 shows like “Mahiwagang Baul” and “Majika,” when she auditioned for the risqué part of Lilet—a child prostitute in the slums of Manila.

“My mom was hesitant at first,” she related. “During the audition, my mom told me not to give 100 percent.”

Still, she handily aced the tryout.

Although the director and the producers tried to convince her reluctant mom, she remained unmoved until Sandy stepped up to the plate. “I explained to my mom that this movie was a once-in-a-lifetime opportunity.”

Needless to say, the role of a flesh peddler can be difficult for a girl of any age—much more for the then 11-year-old.

“I couldn’t do research and visit nightclubs. I couldn’t read the script. I couldn’t ask questions,” she said. “So how did I prepare? I simply used my imagination. I kept reminding myself that I wasn’t shooting a movie; that it was real life.”

A psychologist was constantly on call to guide Sandy on the set. “The psychologist helped me understand the situation of the characters in the film. They really didn’t want to be in that position. But they didn’t have a choice. Prostitution was their only way out of poverty.”

Luckily, the mood on the set was always cheerful, in spite of the film’s grim subject matter.

“Direk Jacco made sure that the atmosphere on the set was light, not depressing. He was fun to be with … a real genius,” she quipped. 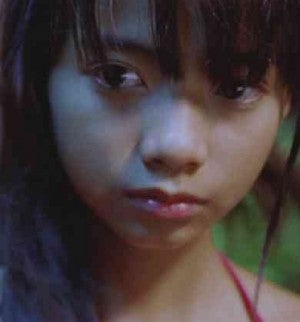 SANDY Talag started out in the reality search “StarStruck Kids.”

As a bonus, she got to interact with the best Filipino actors in today’s indie scene: John Arcilla, Marife Necesito, Timothy Mabalot, Angeli Bayani, among others.

“It was an honor to work with them,” Sandy said. “They were not only great actors; they were also kind.”

She likewise considered herself fortunate that she got to share the screen with Johanna Ter Steege, an award-winning Dutch actress. “I know that she’s famous in Europe. On the set, she taught me how to act with my eyes, to make our scenes realistic.”

The international award came at the right time, she said. “I’m 15, what industry people call the ‘awkward stage.’ Producers don’t know what kind of roles to give me, whether [for] a kid or a teenager.”

The victory is sweet vindication for her. “Until now I couldn’t believe that I was able to portray such a demanding role. I waited for a role like this for a long time … I always thought that I was not able to prove my versatility in my previous show biz projects.”

Since she’s currently enrolled in a Catholic school, she was initially apprehensive about letting her teachers and classmates know about her rather daring role in the international film.

“After finding out that I had won abroad, they watched the film’s trailer online and told me that they were proud of me. They’ve been very supportive since,” she noted.

That is precisely what she loves about acting. “It allows me to live the life of a different person, to explore emotions that I otherwise wouldn’t get to feel,” she remarked. “It’s also heart-warming that I am able to inspire other young people.”

In the future, she would like to portray more complex characters. “I want to be a contravida or a superhero. I always cry and do heavy drama roles. I want something different … something more challenging than Lilet.”