Tuesday Vargas: TV personality and a musician at heart 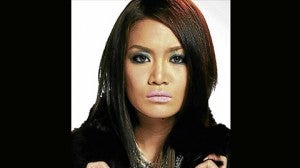 Not a lot of people know this about Tuesday Vargas. The TV host and comedienne was at one point in her life–in the mid-90’s–the lead vocalist for Put3ska under her real name (Marizel Sarangelo). This was after the original lead vocalist Myra Ruaro had left the ska-group.

Tuesday’s stint with Put3ska was short lived, though, as it was a “revolving door” of lead vocalists for that group. However, it is still impressive to know this fact about her because it shows that early on, she had a natural inclination towards music.

By 2005, Tuesday became the lead vocalist for her own band called Top Junk, with whom she still performs to this day in various known venues in the gig circuit. This proves that her interest in being in a band and performing with them before a live audience is not just a hobby or something she just got into to fit in at the time.

I recall that during the early-to-mid 2000’s, there was a good number of television and movie personalities who tried their luck in forming their own bands. But among that group of celebrities who had jumped in and joined the “band craze” then, Tuesday is one that I know of who has remained with her band to this day even through the changing trends in music.

As an added note of interest, Tuesday happens to be happily married to another musician, Coy Placido, guitarist for Session Road. Her husband is also the guitarist for Top Junk. Any way you look at her, music has always been a key part of Tuesday’s life.

The first time that Tuesday really caught my attention on television was on the now defunct “Talentadong Pinoy” where she displayed her wealth of knowledge in music as a main-stay judge for the show.

Whereas some of the judges, other than Audie Gemora, could sometimes not properly assess or critique the performances of contestants in the music-related categories in that show and tried dismally to cover up for their lack of knowledge in the field with generic and broad statements or even inappropriate off-remarks that offered no value at all to the contestants, Tuesday could dissect incisively their performances.

She did not sound or appear like she was in the dark and struggling to give her own insights to the contestants because she knows the nuances and elements when it comes to putting out a great performance because she herself is a musician.

Now, Tuesday is one of the co-hosts in a segment of a TV show called Good Morning Club. For me, she is the best addition to the show. Her lively happy personality and her spontaneous witty funny unpredictable remarks add a new dimension to the show and now gives it a perfect balance of personalities.