‘My Husband’s Lover’ accomplished much, but ended unsatisfyingly 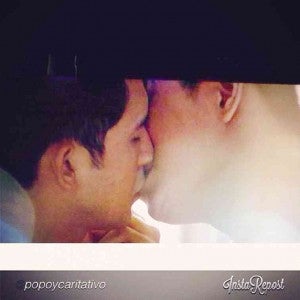 DENNIS Trillo and Tom Rodriguez kiss in a scene that wasn’t televised. Facebook

GMA 7’s soap “My Husband’s Lover” ended last week after a successful four-month run. Moving, grueling and baffling at different points, the series expectedly ended with its manly gay characters finally getting their much-deserved happily-ever-after. But the less than grandiose resolution left this viewer unsatisfied.

The series dealt with the love triangle involving Lally (Carla Abellana), her husband Vincent (Tom Rodriguez), and his lover Eric (Dennis Trillo). In the first month or so, the characters’ bonds were sturdily established, the illicit relationship the source of much-appreciated conflict and tension.

After the revelation of the affair—which was executed rather impressively—we hoped that it would continue to explore subplots and arcs that could stem from that main plot. The show did, to an extent, but disappointingly, it didn’t always succeed in presenting other ideas as creatively.

One of the things that “My Husband’s Lover” did right was the sensitive tackling of controversial, gay-related topics.

For one, there is a clear clarification that homosexuality is not an abnormality or disease, as declared by a psychiatrist character. This fact strengthened Vincent’s acceptance of his gayness, much to the chagrin of his cure-seeking mom Elaine (Kuh Ledesma).

Another issue it expounded on is the difference between gay men and transgenders. Vincent talked to Lally about his cousin Zandro (Keempee de Leon), who dresses and identifies as a woman.

Third, it dispelled the myth that only gay men can get stricken with HIV. Vincent’s extremely homophobic dad Armando (Roi Vinzon) was diagnosed positive for the virus; he was 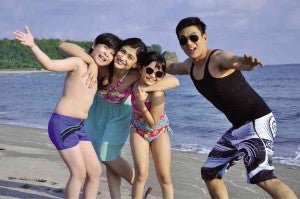 initially shocked to discover that his affairs with women could lead to such a consequence.

It’s unique and brave in that respect, having inserted such long-established “facts” into the narrative. It was a breath of fresh air; it depicted a variety of issues positively as opposed to prior demeaning portrayals of gay people as punchlines and perverts.

The storytelling was adventurous (the camerawork, transitions and compositions were artistic) although there were times when it just got clunky.

Vincent figured in a number of iffy parts, including his abduction scene. He was forced by his father to attend military camp; the henchmen attempted to beat the gay out of him, to no avail. This long ordeal came off as stretched out and sometimes comical; Rodriguez, however, was consistent with his long-transfixed pained look through that arc and after Vincent’s failed suicide.

Forgiveness was a recurring theme. After much drama, Lally forgave Vincent and Eric; Elaine forgave her villainous hubby; Vincent forgave his dad eventually as well. The violent, gay-bashing general didn’t deserve it, but the show chose redemption over more lasting comeuppance, which felt forced.

The Tom-Dennis pairing spawned an album, “TomDen,” currently an iTunes hit. There is also a DVD collection of “MHL” episodes being released, which contain deleted scenes. Milking the show’s success is timely and perhaps fitting, but we wish the series itself had ended in grand fashion. While flawed, it was mostly a source of “alternative” entertainment, and accomplished much in so short a time. Still, “My Husband’s Lover’s” loyal viewers deserved better. Sure, it was an okay finale, but the show, without showing important glimpses or flashes of the happy repercussions, just ended.