From here to enmity 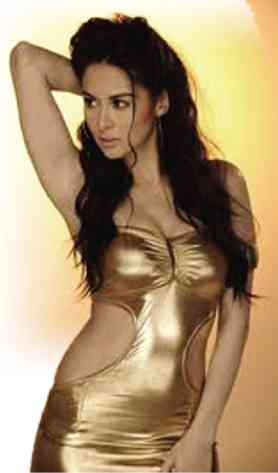 GP gave the bosses an ultimatum: “It’s me or them!”

Guess whose side the execs took? So now GP is moving to another company, a spy told us with certainty.

Is GP nursing a grudge against Former Coworkers? The defeated star has denied the rumor in public.

Those in the know sense enmity, however. GP let true feeling slip

recently, berating one of the FCs on air, “in jest.”

According to a Radyo Inquirer mole, Glamorous Celeb accepted a high-profile project set in a posh, faraway resort.

When GC arrived at the venue, she slipped into a bikini and went to worship the sun, leaving put-upon assistant to do all the hard work.

The assistant likewise left in a huff.

GC lost no time in phoning cohorts to badmouth the erstwhile employee, though the poor lackey had served her like a slave.

How long will Chatty Star get away with murder? CS is consistently and woefully unprepared for every project.

She never does her homework and seems content to wing it each time, mostly reading from the cue boards.

Once, CS bungled a colleague’s intro.

Another time, on a different  show, CS asked famous Foreign Guest a stupid question that elicited a blank stare. It was a faux pas that could have been averted with a few minutes of research.

As coup de grace, still on the same show, CS absent-mindedly asked about a newcomer’s relative who, even the viewers knew, had passed away!

This one should befriend the research department, pronto. Or, actually, just pay attention.

Seasoned Hunk was the butt of jokes during a recent splashy event.

SH proudly showed off his bod but failed to make the gals and gays swoon. They were turned off instead.

No longer a spring chicken, SH looked too pumped up for his own good. Fellow Grizzled Stud pointed out: SH has been abusing steroids for ages.

Sadly, SH thinks he’s still desirable when, in truth, he looks like Incredible Hulk minus the green complexion. 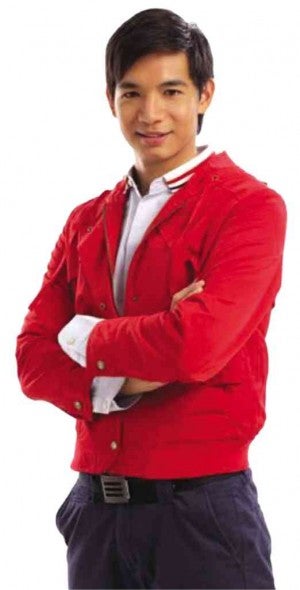 CHRIS Tiu says he didn’t keep his wedding a secret.

From the Inquirer tabloid

Why has Loathed Star incurred the ire of Show biz Insiders? There seems to be a concerted hate campaign against LS.

SIs insist that LS is not liked by colleagues. One SI witnessed how LS bullied Modest Thespian in public with a scolding that was passed off as a joke (but obviously out of bitterness and spite).

Was that because LS once lost to MT in a competition?

Chris on why their relationship lasted: “We have the same upbringing. Our families are both conservative, very big on values and ang tagal na naming magkakilala. Ever since, ’yung mga kapatid niya, parang mga kapatid ko na rin. We spend a lot of time together.” (You could probably write a manual. And why not, indeed?!)

Chris on the number of children he wants: “Kung ano ang ibigay ni Lord. We are both devout Catholics. We see children as blessings from God. The more the merrier, but of course, you have to be practical also. One step at a time. Isa-isa lang.” (Couldn’t gather your thoughts on that, huh? We understand.)

Chris on the perception that they kept their wedding secret: “Hindi naman itinago; wala lang nagtanong [until] after na. Our families are very private. We didn’t want a spectacle.” (Your life, your rules.) 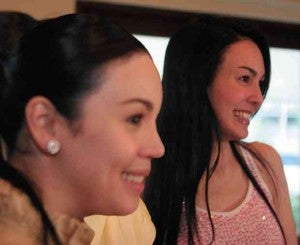 GRETCHEN and Claudine Barretto (right), before their relationship took a turn for the worse INQUIRER PHOTO

Claudine on Gretchen’s alleged involvement in the filing of the theft case: “Nakakalungkot. Syempre nakakaawa. Nakakalungkot kasi ginagamit siya ng kapatid ko….” (Yikes! This is getting nastier by the day.)

Claudine on whether she thought it was really Gretchen who initiated the filing of the complaint: “Ewan ko. Hindi ko alam. Nababaliw na ata siya.” (Pot, meet kettle.)

Claudine, on whether she could forgive Gretchen if the latter apologized: “Oo naman, oo naman. Iyon lang naman ang inaantay ko.”(This could take a while.)

Megan Young on returning from London after winning Miss World: “Nakaka-overwhelm ’yung feeling na pabalik na ako sa amin, balik-Pinas.” (And thank you for being the first bit of good news we’ve had in a while.)