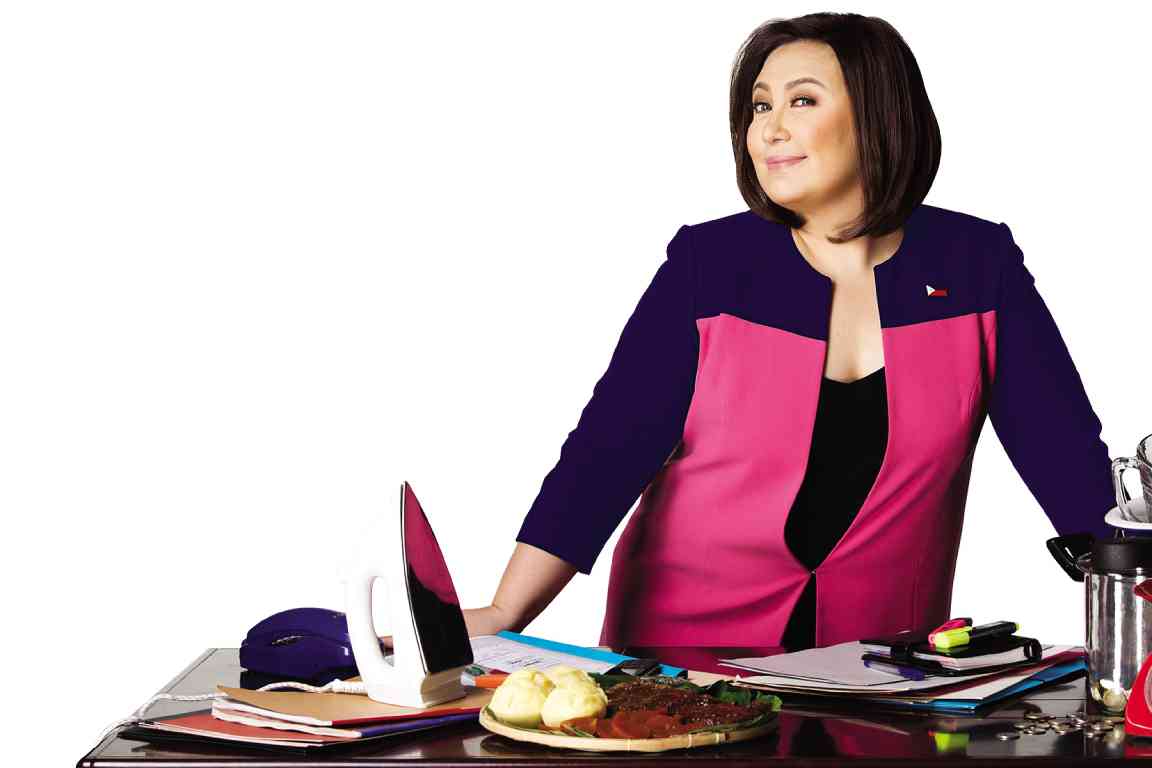 SHARON Cuneta posted on Twitter: “If anyone reading this can prove to me that my husband has stolen any amount from his PDAF in his 12 years as senator, I will give you P10 million in cash and I will leave my husband.”

Sharon Cuneta was not kidding when she declared on Twitter recently that she would leave former Sen. Francis “Kiko” Pangilinan and give P10 million in cash to whoever would be able to prove that her husband misused his pork barrel funds, as alleged by Sen. Jinggoy Estrada in a privilege speech at the Senate.

Although she had already deleted the headline-grabbing tweet, Cuneta  told entertainment reporters at a press conference for “Madam Chairman,” a comedy-drama series to air soon on TV5: “I’ll stand by what I’ve said till the end of my days—hindi magnanakaw ang asawa ko.”

The Kapatid artist said she was not saying she had P10 million; she would work to earn it if needed. “That’s just how confident I am,” she quipped, quickly adding with a laugh, “Bakit hindi yata nila pinansin ‘yung sinabi kong iiwan ko ‘yung asawa ko?”

Known as “Megastar” in the

industry, the actor-singer-host mused that it was natural for someone to react in such a manner if her loved one was accused of being something he was not. “If you know your husband well… aalma ka rin,” Cuneta said. “I believe [this is true] even if your husband is not a politician.”

Asked what Pangilinan thought of her controversial tweet, Cuneta said he simply laughed it off and thanked her for the support. “He told me, ‘Thank you sweetheart for your confidence in me, but you didn’t need to defend me.’ I said sorry!” she related. “We work hard, we love our family, we’re not perfect, but we’re happy.”

Perhaps to stop herself from revealing more than necessary, the 47-year-old star reminded everyone, “Don’t let ourselves be distracted from the real issues—I won’t allow that.”

She added, “If you have questions about Kiko, I’m sure he will be very capable of answering those when we arrive at the truth about the issue (pork barrel scam). You can write down your questions; I will gladly answer them when it’s all over.”

Cuneta begged off when asked if the issue affected her friendship with Estrada. But in an earlier interview at the TV5 trade launch, she admitted she was surprised by Estrada’s claims.

“Jinggoy is a close friend… I was shocked because I love him. If I didn’t care for him, I probably wouldn’t have reacted,” she said. “But it’s OK, it’s all part of politics. We all just want the truth to come out.”

Cuneta added she had finally gotten used to dealing and ignoring online bashers. She initially suffered from a bit of “culture-shock” when treated rudely by anonymous people when she was just getting started on Twitter.

“I’ve figured out that detractors will always find something negative and fabricate stories about you. I don’t mind them now because I want to focus more on the people who really matter—those who want to know about your life and be

updated about your work,” she said.

Cuneta, who has been a TV5 talent for more than two years now, has never been more

inspired. A big factor, she said, was the appointment of Wilma Galvante as chief content officer for entertainment and Noel Lorenzana as president and chief executive officer.

“I felt their concern and sincerity. They want TV5 to make it—not just for themselves and the artists, but for all employees of the network,” she said.

“Madam Chairman,” directed by Joel Lamangan and written by Jose Javier Reyes, is Cuneta’s very first teleserye. She plays Bebeth de Guzman, a housewife and businesswoman who becomes chair of her barangay.

“I haven’t loved a program as much as this in my career, as God is my witness. I just laugh and make people laugh. I get along with the whole cast and crew. I love working in an efficient and happy environment,” said Cuneta, who likened

Bebeth to a “turbo-charged” version of Stella Mate, the professional mourner she played in the film “Crying Ladies.” “The script simply excited me. My eyes lit up when I thought about all the possibilities.”

Her preparation for the role, Cuneta said, included an “immersion” with chair Concepcion Malañgen of Barangay Doña Imelda in Quezon City. “I attended their morning sessions where councilors discussed issues and concerns that had to be addressed. I learned a lot from the experience,” she said.

Will playing a public servant on television inspire her to enter politics in real life? “No, I’m very happy with my life right now. I’ve been asked this question for the past 25 years and my answer is always the same,” she said, laughing. “Pupwede naman akong