entertainment / Columns
Columns
ONLY IN HOLLYWOOD 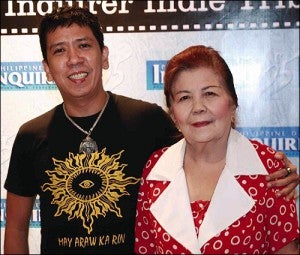 LOS ANGELES – Today being Mother’s Day, as a tribute to moms and women everywhere, we share the story behind the late Minnie Riperton’s pop classic, “Lovin’ You.”

The 1975 hit song was composed by Minnie and husband Richard Rudolph as a lullaby to their daughter, Maya Rudolph, when she was a baby. Showcasing Minnie’s five-octave vocal range, “Lovin’ You” was the singer’s most famous song.

According to Wikipedia, Minnie sang “Maya, Maya, Maya” toward the end of an unedited version of the chart-topping tune. When the soul singer was diagnosed with breast cancer and was told that she had about six months to live, she included her son, Marc (whose nickname is Ringo), when she sang “Lovin’ You” in her last concert performances: “Maya, Maya, Ringo, Maya.”

Minnie died at 31 in 1979. Also according to Wiki, the epitaph on Minnie’s headstone in an LA cemetery is the opening line from her popular song: “Lovin’ you is easy ’cause you’re beautiful.”

“It’s so nice, especially being on the receiving end as the child of that [song tribute],” Maya, now an actress, said in a recent interview. 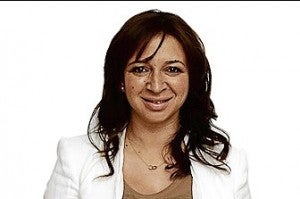 Maya, 38, whose long-term partner is Oscar-nominated director Paul Thomas Anderson, stars in the new comedy, “Bridesmaids.” She was the voice of Rapunzel in “Shrek the Third” and top-billed “Away We Go” with John Krasinski.

“I get to hear very sweet and touching stories… People approach me all the time and tell me what my mother’s music meant to them, and where they were when they heard that she had passed away,” said Maya.

She admitted, “When I was younger, it was tough, I’m not going to lie … But I’m older and tougher. And I’m a mother now. I really appreciate that stuff. I learned that my parents wrote the song as a lullaby for me when I was a baby. My own children know that song … ”

Pregnant with her third child with Paul, Maya laughed when asked about the origin of her second name, Khabira. “My parents were hippies,” she explained. “My dad told me they made up the name.”

Asked if she has met and gotten feedback from Oprah and Beyonce, two of the talents she parodied on “SNL,” Maya said: “I have met both of them because of the show. Oprah had me on her show when we first did a parody of her ‘favorite things’ episode. She was very sweet about it … I was quite young and skinny. She said, ‘You look great doing me … And I love that you play me skinny.’ The truth is that up until that point, all the people who played her on the show were men. So I think she was a bit relieved to know that a woman was finally playing her. She showed a clip of it on her ‘SNL’ special. She said that it was the highest compliment to be parodied.”

“Oprah is world-renowned, beloved,” Maya continued. “You don’t mess with Oprah … You also want to do a really good job. That’s one of the things that fell into my lap. A girlfriend of mine wrote that parody on the show … it’s a character that you can do forever. Since then, I feel like Oprah does a little bit of it … It’s really cool.”

As for Beyonce’s reaction, Maya said: “She is the most polite. She never has anything bad to say about anyone. One time, I did her on the show. We asked her to be a part of the skit. She couldn’t do it … I’m sure she didn’t want to do it. But it was so awkward. I had to go up to her and say, ‘Hey, I’m sorry, I’m doing you and you’re here.’ She said, ‘No, it was good.’”

Maya described her comedic chutzpah: “I always call it the hambone gene.” Blessed with good vocal chops as well, Maya sang in bands until she focused on acting. “The idea that I could get up on a stage probably seemed the most normal, seeing my mother sing … ”

Maya shared a peek of her life with Paul – the director of such acclaimed films as “There Will Be Blood” and “Boogie Nights” – who has figured in stories about his alleged eccentricities at work.

“At home, he’s incredibly normal,” Maya countered. “It’s actually fascinating to hear stories about him from another point of view because they’re nothing like my home life. I know that sounds really boring and not true. But it’s actually true. I completely believe the eccentricities in his work because he is so passionate about what he does. He’s very different at home. He’s the best dad [for the girls] to have because he’s so much fun.”

Will she be in Paul’s new film, “The Master?” “I have not heard,” she said and then cracked, “I’m still trying to sleep with him to get a part. We’ll see.”

Another inspiring mother, Leonarda Calo Solito, told magical stories to her young son before he went to sleep each night. That kid was Auraeus Solito, who adapted some of those mystical tales about his mom’s hometown, South Palawan, into “Busong,” which earned him his first entry to the Cannes Film Festival’s Directors’ Fortnight.

Auraeus is grateful to Leonarda for sharing these myths which he cowrote as a screenplay under his ethnic name, Kanakan-Balintagos, with Henry Burgos (“Baseco Bakal Boys”).

“Magically, the film’s world premiere in Cannes is on my mother’s birthday, May 16,” Auraeus told us via e-mail. “It’s serendipitous that the film inspired by my mother’s stories will open in Cannes on her birthday. That’s Palawan magic at work.”

In an earlier column, we wrote that Auraeus wanted to bring Leonarda to Cannes but he couldn’t afford the plane fare. The filmmaker told us that Clifford Bañagale, an LA-based Fil-Am actor who is in the cast, offered to pay for Leonarda’s plane ticket upon reading our piece. “But she feels she is not ready to travel yet (she has never traveled abroad),” Auraeus said.

In another instance of serendipity, Auraeus came to know about Clifford for the first time when he read our column on the actor. The director asked Clifford to be his friend on Facebook and that led to the two working together for the first time on “Busong” and Clifford’s first trip to the Philippines after being away for many years.