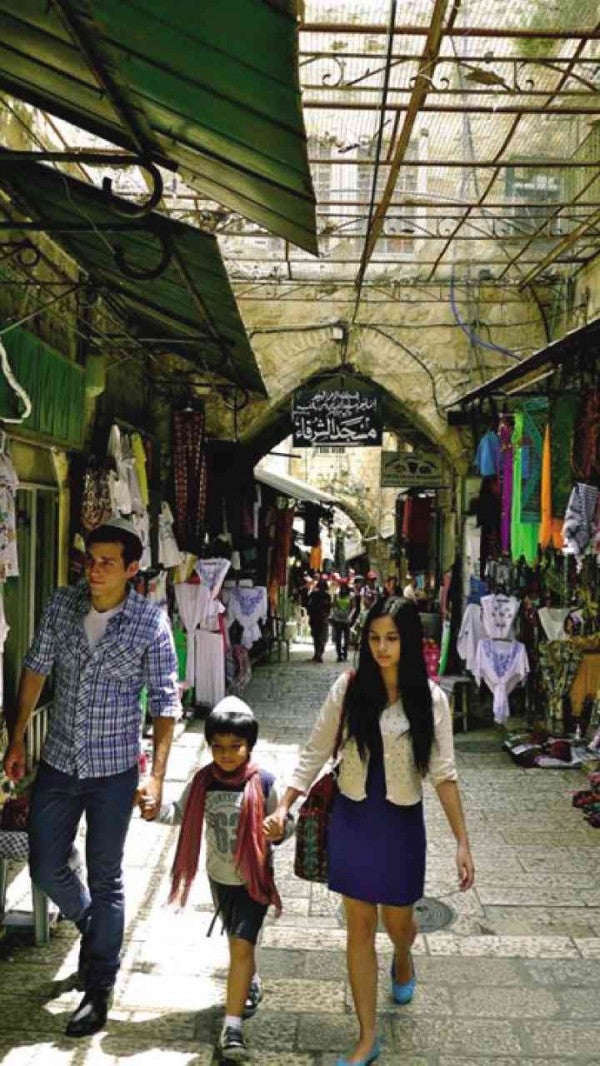 “Now the hard work begins,” said Paul Soriano, executive producer of “Transit,” chosen by the Film Academy of the Philippines (FAP) as the country’s entry in the best foreign language film category of the Oscar awards in 2014.

“Transit” tells the struggles of a Filipino family working in Tel Aviv after the Israeli government passed a law ordering overseas workers’ children below 5 years old to be deported back to their countries. It debuted in the 9th Cinemalaya Philippine Independent Film Festival, where it bagged 10 awards, including best film and best director for Hannah Espia.

On Wednesday, FAP director general Leo Martinez confirmed that “Transit” was picked from a short list of nine films by a seven-member committee headed by award-winning director Peque Gallaga.

Soriano told the Inquirer, “We hope for ‘Transit’ to be the first Filipino film to be officially nominated for the Oscars. As executive producer, I will do everything to make sure it will be considered.”

Only 63 movies from around the world will be picked to compete in the best foreign language film category. The Academy of Motion Picture Arts and Sciences will announce the nominees in January; the awards show will be held in February.

“We were very serious about our job,” said Gallaga. “It was my first time to sit as head of the committee; the others had been doing it for a long time now.” Other members of the selection committee were: Robert Arevalo and Gina Alajar, directors Elwood Perez and William Mayo, scriptwriter Joe Carreon and editor Jess Navarro.

“I was impressed by the selection process. I realized that what we were doing was actually recognizing the Oscars as the biggest market there is; and, at the same time, choosing a film that would best project how we wanted other people to look at us,” Gallaga explained.

He said the committee was “very careful.” “We had two sessions of deliberation. The biggest consideration was technical mastery. The nine short-listed films were all good, but it boiled down to three.”

The other top two were Brillante Ma. Mendoza’s “Thy Womb” and Erik Matti’s “On the Job.”

Gallaga elaborated: “One shows the Philippines as an ethnic entity (“Thy Womb”). The second (“OTJ”) shows the underbelly of our criminal and political system. ‘Transit’ is about us as a people struggling to make a living, about the love and the sacrifices we make for the people we care about. Obviously, the committee felt that the projection we make in ‘Transit’ is how we want the world to see us as Filipinos. It was very strong; it got a 5-2 vote.”

Soriano said he felt “blessed and surprised” upon hearing the good news from Martinez. “Based on news articles and stories online, ‘Transit’ was the underdog, up against films that had [reaped] great successes here and abroad. The only festival ‘Transit’ has joined so far is Cinemalaya—though it will be in Tokyo and Busan in October.”

Soriano said he immediately scheduled a meeting with Martinez “to discuss FAP procedures.” He added, “I plan to call some friends in Hollywood to ask them to help put together a campaign, of course within the rules of the Ampas.”

Director Espia said, “A lot of work needs to be done. Right now, I need time for the news to sink in. I expect things to get really busy soon.”

At 26, Espia said, she was only too happy to have directed her first film. “When I made ‘Transit,’ I just wanted to tell a good story and share it with the Filipino people, especially OFWs. It’s definitely going way beyond my expectations.”

Gallaga said he wouldn’t be surprised if FAP’s choice caused controversy. “They would probably question how ‘Transit’ was chosen over the projects of two professional directors, but that’s art,” he stressed. “We picked what we thought was the best in artistic and cultural terms, and, frankly, even in show biz terms.”

Espia vowed not to let that affect her. “I am just very grateful.”

Marketing “Transit” would be the biggest challenge, Gallaga pointed out. “We have a very exciting indie scene; we have a lot of good talents in acting, directing, editing, cinematography, but we lack producers who know how to sell their movies.”

What the industry needed, he said, was “a young Mother Lily,” referring to Regal Entertainment matriarch Lily Monteverde, known for marketing savvy. “This has been a golden year for the local movie industry. We’ve made many beautiful films. The sad part is, we’re not good at selling them.”