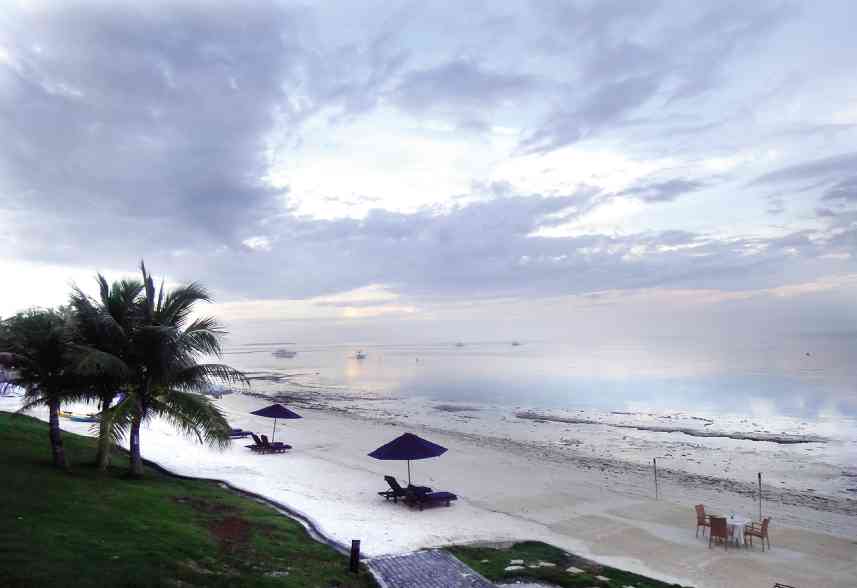 DANE DeHaan went snorkeling, ate a lot of freshly caught fish and drank some rum during the shoot of “Amigo” in Bohol. Photo by Ruben Nepales

LOS ANGELES—Dane DeHaan, who shot his first feature film in Bohol as part of the cast of John Sayles’ “Amigo,” is suddenly a hot Hollywood actor. Acting opposite Daniel Radcliffe (they’ve become best friends) in “Kill Your Darlings,” Dane has many critics raving and writing the same line, “You cannot take your eyes off him when he’s on screen.”

In addition, Dane stars in “Metallica Through the Never” as a young man who will go through everything (and that’s everything) to search for a bag for the heavy metal band.

Now 26 years old but still looking boyish, Dane laughed when asked in our recent Toronto interview if anyone had told him that he looked like a young Leonardo DiCaprio. “Only like 20 times every day,” he said.

On shooting “Amigo,” which dramatized the impact of the Philippine-American War on a village, Dane recounted with enthusiasm, “We were in Bohol; it was amazing. They built the village pretty much in the jungle. It was my first time in any country anywhere around there. The people were unbelievably accommodating. The film crews were impressive.”

“We made that movie really fast,” said Dane, who was Timbo in “True Blood” and first made an impact on TV as gay teen Jesse in HBO’s “In Treatment.” He said of the Philippines, “It was amazing to really submerge yourself in that culture. It was lovely over there [in Bohol].”

Smiling, the actor enthused about: “We went snorkeling and ate a lot of freshly caught fish. It was really nice to have Filipino actors in the movie to help show us around and give us a good time—drink some rum, eat some fish and suckling pig.” He especially remembered Joel Torre, who had a major role in “Amigo.”

We asked how exciting, probably even surreal, it was to be in the wilds of Bohol and be with actor Chris Cooper. “That was my first film,” he stressed, “and I got to do it with one of my favorite actors, so it was great. I don’t know how to explain it but I was sitting at a table at the edge of the water, just having coffee with Chris Cooper, talking with him about working with Stella Adler and thinking, ‘Wow, I can’t believe this is happening.’ It was a beautiful setting.” 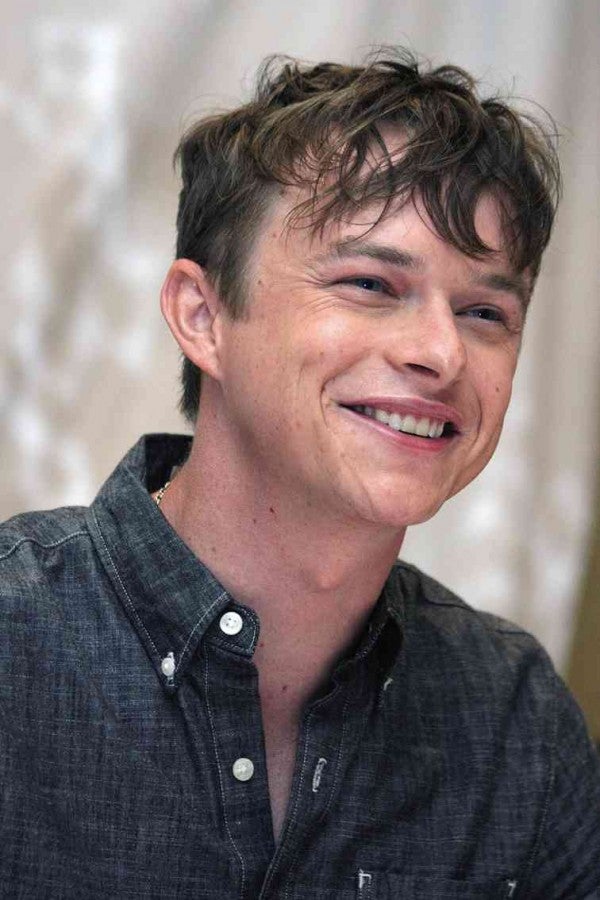 DANE DeHaan went snorkeling, ate a lot of freshly caught fish and drank some rum during the shoot of “Amigo” in Bohol. Photo by Ruben Nepales

In a separate interview with Daniel, also in Toronto, he granted our request for him to recount Dane’s audition with him. In director John Krokidas’ “Kill Your Darlings”—based on true events involving key Beat Generation figures in their formative years at Columbia University—Allen Ginsberg (Daniel) is drawn to charismatic Lucien Carr (Dane) and his circle, William Burroughs (Ben Foster), David Kammerer (Michael C. Hall) and Jack Kerouac (Jack Huston).

“Dane did, as you say, audition and he came in the room,” Daniel began. “He was the first person to audition that day. After Dane’s audition, John and I stepped outside the room for a second. I remember us turning around to each other and saying, ‘Who else comes in today is screwed.’ Because Dane looked perfect. He looked exactly like Lucien Carr. He’s a force, man.”

The “Harry Potter” star, equally solid in the film, added, “Dane’s performance in that first audition was fantastic. Working with him was such a pleasure. We are very like-minded and have a similar approach to our work. We are fulfilled by our work for similar reasons. We both love it.”

Daniel said he and Dane, who also earned good notices as a troubled teen in “Chronicle,” were now best friends. “Dane is a great guy, probably the best mate, friend I’ve made through my job and certainly among actors. He is, as you say, on the rise and well he should be. He deserves everything he’s going to get because he’s worked for it. He’s incredibly talented.”

On Dane playing James Dean, Daniel remarked, “He’s going to be amazing. I was talking to him about it the other night. He’s very excited.”

Dane, an Obie Award winner for the play “The Aliens,” is married to actress Anna Wood, whom he met when he was a high school senior. Theirs is the “only serious relationship” he has ever been in. With Anna just as busy (she’s in a TV movie, “Reckless”), Dane said starting a family was not in their immediate plans.

The actor, whose other credits include “The Place Beyond the Pines” and “Devil’s Knot” (with Reese Witherspoon), has been working nonstop for almost four years. He was taking a break, he said, to “recharge” before tackling the James Dean role in October.

Dane, maybe a return trip to beautiful Bohol (no shoot this time) should do the trick?

We recently went to Bohol for the first time as well. After a smooth hour and a half flight via Cebu Pacific from Manila, we landed in Tagbilaran where  Jaypee Orcullo of the Department of Tourism warmly welcomed us. We hopped onto a van of Eskaya Beach Resort & Spa and into the good hands of our driver/guide who promptly offered a refreshing cold towel and a bottle of water.

After about 25 minutes’ drive across a bridge to Panglao Island and through verdant countryside, the gate to Eskaya appeared. The van stopped in front of the reception villa, where the smiling staff greeted us with leis.

A golf cart whisked us to our villa for the next couple of days, a balai (house) with thatched cogon roof, wood and bamboo interiors and luxurious modern amenities, including a private infinity pool overlooking a creek and surrounded by trees. Plumeria strewn on the bed and all over made for quite a romantic welcome. The bath area is oriented toward the outdoors, with a whirlpool tub open to the sky, surrounded by a bamboo wall for privacy.

Spread over 16 hectares, Eskaya is a sprawling paradise dotted by 15 villas designed by noted architect Francisco Mañosa with the guests’ privacy and comfort in mind. Most of these thatched roof villas have their own pools but the main pool, beside the Lantawan restaurant, is a spectacular sight and is fittingly the resort’s focal point. On that afternoon, the pool, Bohol Sea and cloudless sky blended in one breathtaking blue vista. This view is quite hypnotic when viewed from the restaurant, bar or the pool itself.

Dinner on our first night with the resort’s owners, Richard and Phoebe Lim, was on the beach, a magical setting with candles, torchlights and a serenade by three men playing the guitar and singing such Visayan classics as “Usahay” and “Matud Nila.” We capped the evening with a soothing massage in our villa. We never slept so soundly afterward.

In the morning, we would have been content to laze on the white, powdery beach but it was time to see some of Bohol’s top attractions. Our witty, humorous guide at the Simply Butterflies Conservation Center made our visit to the site extra fascinating. Hundreds of species of these majestic winged creatures call this place their home, which features a lush garden and a restaurant.

We finally came face to face with the Philippine tarsier, one of the smallest primates, at the Tarsier Conservation Area in Loboc. About the size of an adult human fist, the tarsier, for some reason, reminded us of Gollum.

A perfect midday treat was the Loboc river cruise, a relaxing ride on what they call a floating restaurant because tourists eat Filipino food while taking on the lush greenery and, at one point, waterfalls. On our cruise, a female singer, accompanied by a man playing the guitar, sang old ballads that we haven’t heard in a long while—you know, mushy love songs that are part of the sentimental Filipino psyche. The cruise included a stop on a floating stage where village folks performed traditional dances.

A visit to Bohol wouldn’t be complete without seeing its most famous attraction, the Chocolate Hills. It was raining when we got there but the mist shrouding  over a thousand hills made them look even more mysterious and beautiful. On our way back to Eskaya, we stopped by several Spanish-era churches, including the Baclayon church, one of the oldest in Asia.

On our last night in the resort which has won several awards (including the 2013 Travelers’ Choice Award from the TripAdvisor community), we submitted ourselves to another massage, this time at the Handuraw Spa. Feeling refreshed again in the morning, we walked over to the beachside Sunrise Reef Diveshop where we chatted with the instructors, led by French Yannick Epitalon, who told us what await divers in Panglao—beautiful corals, schools of barracudas, Parrot Humphead, ghost pipefish and more.

But since this was our last morning in this Eden, we opted to chill for a few hours on the beach and in the infinity pool, feeling grateful for this break from our hectic lives.