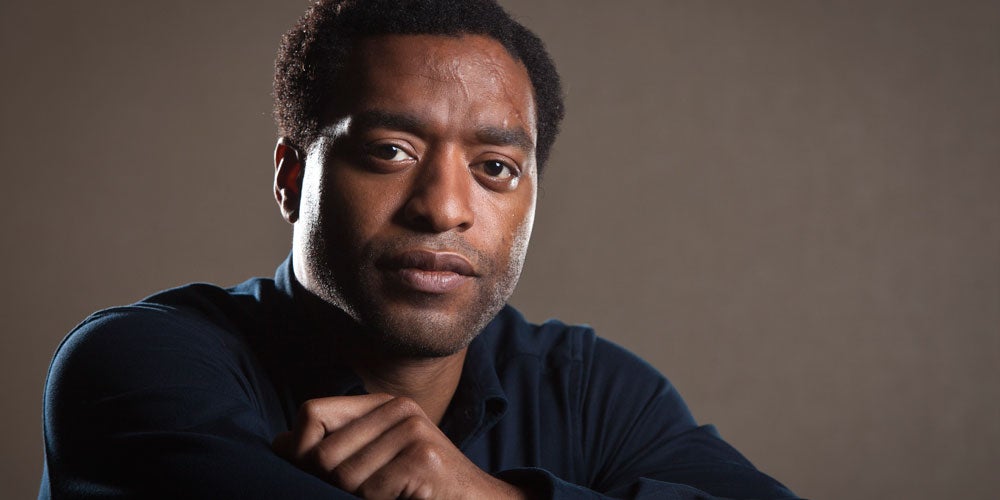 Actor and star of the film “12 Years a Slave,” Chiwetel Ejiofor poses for a portrait, on Saturday, Sept. 14, 2013 in New York. PHOTO BY CARLO ALLEGRI/INVISION/AP

The film, already generating Oscars buzz, is based on a firsthand account of Solomon Northup, a free black man from upstate New York who was kidnapped and sold into slavery in 1841, recalling the horrors of grueling labor, daily humiliation and families torn apart.

Its premiere in Toronto last week received a standing ovation, as well as sobs, while some in the audience left early over the film’s graphic portrayal of unspeakable torture of slaves during this period in history.

The story is “a gift from the past to open a discussion, not about race, particularly, but about human dignity and our freedoms and what we most require in the world,” said actor Chiwetel Ejiofor, who plays Northup.

“And the only way to really open that discussion is to see all sides of it.”

McQueen said he made the film because he wanted to connect with this period in American history.

“I wanted to see images from that particular past. I wanted to experience it through images,” he said.

Though it does not award jury prizes like at Cannes or Venice, the Toronto film festival has traditionally been a key event for Oscar-conscious studios and distributors, and attracts hundreds of filmmakers and actors to its red carpet.

In past years, “The King’s Speech,” “American Beauty” and “Chariots of Fire” won Oscars for best picture after Toronto audiences gave them a nod.