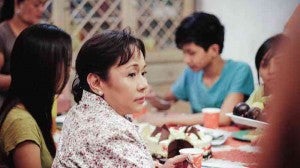 MANILA, Philippines—Aiming to promote Filipino films in the international market, the Film Development Council of the Philippines (FDCP) is hosting the 2nd International Film Exposition, which starts Friday.

The two-day film expo at SMX Convention Center in Pasay City carries the theme “Your Film Corridor to Asia.”

It hopes to gather Filipino and foreign filmmakers, industry service providers and prominent producers for possible partnerships and coproductions, as well as technological and educational exchanges.

Film producer Josabeth Alonso (“Kubrador,” “Ang Babae Sa Septic Tank” and “Ekstra”) says joining the IFX will give the people running her production outfit Quantum Films “a great opportunity to meet different kinds of people and pick up a thing or two about marketing.”

Movie and Television Review and Classification Board (MTRCB) Chair Eugenio Villareal considers the event “a perfect opportunity for synergy.”

He stresses that what people in the local film industry need is “to have a global outlook.”

“It’s time we introduced our country to the world,” he says.

Villareal admits to being a lover of films, especially those featuring the late action king Fernando Poe Jr.

“Even though we have different interests, the MTRCB supports all FDCP initiatives,” Villareal says.

“We welcome all the help we can get for the film industry. Filipinos need to level up in terms of competitiveness. We can’t just rest on our laurels,” he says.

Villareal mentions areas in countries like New Zealand, Germany and France that have been transformed into sound stages.

“We can do this in our countrysides. We can create great motion pictures there,” he says.

The IFX presents film-related products and companies in an open market intended to showcase their wares and services, according to FDCP chair Briccio Santos.

Aside from the open market, a series of symposia will be held on topics like the state of the local and foreign film industries, technological advancements and promotion of film education, Santos says.

He says the conference will revolve around the theme “Toward Sustainable Cinema,” and will have three sessions:

“For me, this is the most important part of the two-day event,” says award-winning filmmaker Raymond Red. “You see, looking at possibilities of coproduction has been happening in the past decade. However, the landscape of international festivals have changed. It used to be more for cultural sharing—you have your films screened and you get to watch other films. Now, the festivals have become platforms for business. To attract the attention of the global market has become its focus.”

In prestigious festivals like Cannes in France and Berlin in Germany, Red says, “organizers now prefer to show films that have already signed up with distributors. This wasn’t the case in the 1980s. We used to aim to join festivals because we wanted exposure, to tap into potential distributors.”

The goal of filmmakers and distributors has shifted as well, Red says.

“That should be an interesting topic to discuss in the conference, which I hope will help us paint a clear picture of what the industry’s future will be and come up with opportunities to screen more Filipino films not just locally but also abroad.”

Red, the first and so far the only Filipino to have won the prestigious Palme d’Or award (at the 2000 Cannes International Film Festival for his short film “Anino”), believes hosting the IFX will be beneficial to the local film industry.

“The truth is that it is still struggling,” he stresses. “Most of us independent filmmakers still hope to reach a bigger audience.”

The 1st Asean Film Summit, which carries the theme “Regional Empowerment and Mutual Cooperation,” will be composed of lead government agencies in charge of developing the film industry in their countries, Santos says.

The summit will discuss the Asean film agenda, which aims to provide major directors collaborative programs for film development in the region.

On the film agenda are coproduction, sharing of resources and expertise, joint educational programs, regional film festivals and film competition, and the development of regional facilities for archiving, film studios and training, Santos says.