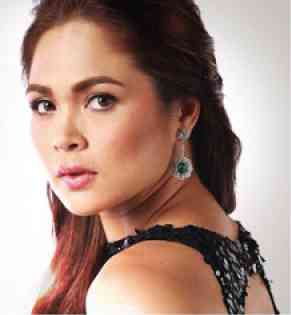 Before Judy Ann Santos’ troubled teleserye, “Huwag Ka Lang Mawawala,” ended its tempestuous storytelling last week, the series threw its viewers for a loop when it showed the super-nasty and mega-macho lead villain portrayed by Tirso Cruz III—as a cross dresser! —What was going on?

As it turned out, a lot. It looked like the speeded-up drama series was bent on making its exit with as many attention-calling additional twists and turns as possible, the better to stun viewers with the flash and force of its storytelling.

The show may have wrapped things up sooner than expected to make way for a new series, “Got to Believe,” topbilling the admittedly stronger teen team of Kathryn Bernardo and Daniel Padilla, but it didn’t aim to do so meekly and submissively—so, it was melodramatic fireworks time!

By Aug. 20, KC Concepcion’s character had traced Judy Ann and her son to their hideout, so it looked like it would be only a matter of hours before Tirso and his son, played by Sam Milby, would teach Judy Ann a lesson she’d never forget.

Viewers were supposed to sympathize with Judy Ann and her protective kinfolks, but we didn’t feel like doing so, because she was illogically staying put and not going from one safehouse to another, as all serious-minded fugitives must.

We were similarly ticked off by Tirso’s really inept guards, who were supposed to keep security and secrecy tight, but did no such thing, allowing his enemies, led by Gretchen Barretto’s vindicative character, to penetrate his bastion’s defenses seemingly at will.

Speaking of Gretchen, the series’ denouement gave her a chance to make her thespic mark.

As for the other performers, Judy Ann was unintentionally upstaged by the more “dynamically written” Gretchen—and that was not a good thing.

Coney Reyes’ “submissive wife” character was being given more than her usual share of slaps and insults by Tirso, so we hoped against hope that this would finally push her to turn against him! She sort of went in this direction, but not dramatically enough.

As for the kid playing Judy Ann’s long-lost son, we were turned off by the implausibly “wise” way that he was being scripted.

In any case, by the time the series’ final telecast was aired last week, we were primed for a slam-bang finale, because the show had quite a number of dramatic loose ends to tie up.

However, all previous tragic speculations became moot and academic because, when the series really ended, it opted to keep all four of its main characters (played by Judy Ann, Sam, KC and John Estrada)—wounded but alive!

That took a long stretch of the imagination, and so did Judy Ann’s extended peroration forgiving everybody who did her harm in the course of the series’ storytelling. But, the die was cast to make them live (figure that out), so viewers just had to like it or lump it.

Our main regret was that Coney Reyes’ “submissive wife” character wasn’t allowed to become truly empowered by the time the show ended. That would have vivified the series’ avowed theme in a truly significant way. Oh, well—next teleserye, perhaps?