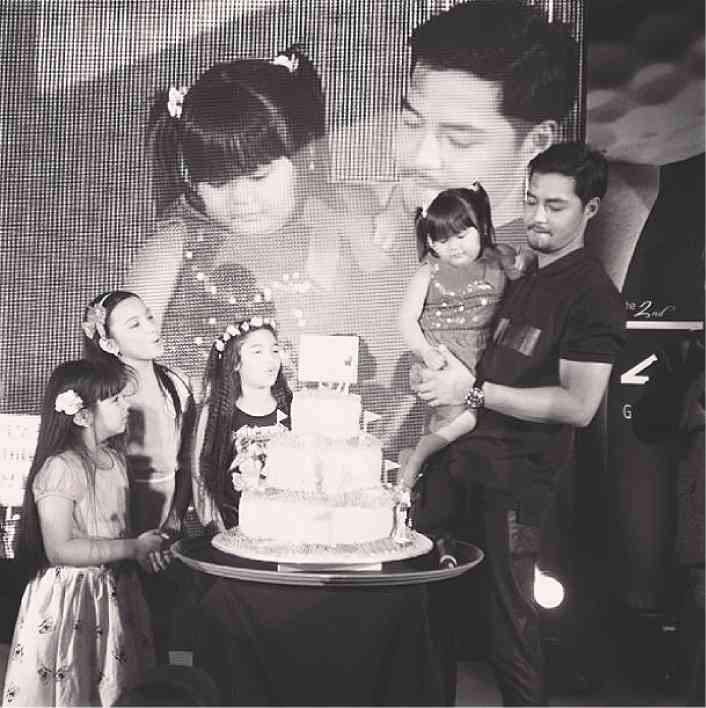 Seems GMA 7’s “Aling Maliit,” the precocious 8-year-old Ryzza Mae Dizon has left not a few stars— even those from rival TV networks—smitten.

Leading the pack is hunk Zanjoe Marudo, who has been following the pint-sized wonder’s career since she competed in last year’s Little Miss Philippines, in the noontime show “Eat Bulaga,” which she won.

“Ryzza is such a fun kid. I’ve been watching her even before she won,” Zanjoe said at the end of a recent photo shoot for the drama series “Annaliza” on ABS-CBN.

In July, during his 31st birthday party, Zanjoe got a surprise from girlfriend Bea Alonzo, who invited Ryzza as a special guest. “I was shocked,” the actor said, “because I saw her when I least expected it!”

Zanjoe amusedly likened Ryzza Mae to a toy that can be turned on and off. “She starts working the crowd automatically the minute you hand her a microphone. She’ll go, ‘Tao po … Tumayo po tayong lahat!’ And then she’ll ask everyone to dance. It’s amazing—parang nasa sistema niya na lahat,” Zanjoe related.

Asked if he would like to guest in the girl’s self-titled talk show on GMA 7, Zanjoe said he wasn’t allowed to. “But given the chance, I’d love to work with her. My idols Dolphy and Vic Sotto almost always have a child sidekick in their movies,” he pointed out.

He has always had a soft spot for children, Zanjoe said. “Magaan sa pakiramdam kapag gusto ka nila … they always greet me or talk to me. Perhaps children feel safe when they’re with me,” he said.

Does this mean he is ready to have children of his own?

Zanjoe gave a resounding yes: “Puwede na ako—anytime!” But the thing is, Bea still isn’t ready, he said, laughing. “She still has lots of things to do … Matagal pa.”