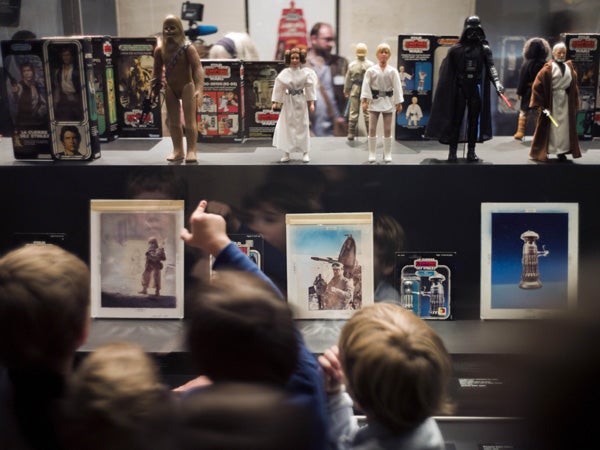 Children look at Star Wars toys displayed during an exhibition at the Arts Decoratifs Museum in Paris. AFP / FRED DUFOUR

Taylor worked with a wide range of directors, including George Lucas, Alfred Hitchcock and Roman Polanski. He produced distinctive black and white classics including Stanley Kubrick’s “Dr. Strangelove” and Richard Lester’s Beatlemania chronicle “A Hard Day’s Night.” He also worked on television series including “The Avengers.”

Taylor was a founding member of the cinematographers’ society who entered the British film industry in the 1920s.