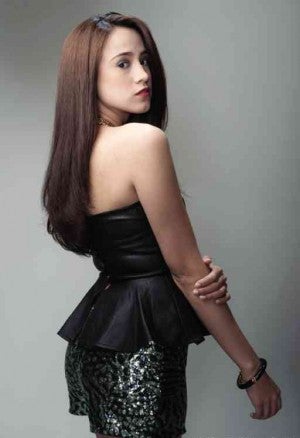 Lexi, now 18, was just around 6 at the time. “She went through so much—chemo, radiation therapy, surgical procedures-and I saw a big part of that,” she said of her mom, character actress Maritoni Fernandez’s ordeal in 2001. “I didn’t understand, but I was afraid just the same. Now I have a clearer picture of what exactly happened.”

As a result, Lexi confessed, “I have become panicky when it comes to my health. I freak out when I feel I’m coming down with something.”

She went to the hospital recently for a severe asthma and panic attack. “I had colds and allergies for days before that,” she told the Inquirer. “When I could no longer breathe, my heart raced and I passed out on the way to the emergency room. I couldn’t remember most of what happened but I was told that I threw a fit when they tried to put tubes on me. I had bruises to show for it.”

When she came to, Maritoni was by her bedside. “She was holding my hand, saying it was going to be OK,” Lexi recounted. “She must have been frightened, too. That was a first time for me. I promise it will be the last. I’m taking the right meds. Also, I’m training myself to relax. That’s what the incident taught me.”

Lexi is in the cast of GMA 7’s “Ang Kakambal ni Eliana,” which airs its final episode tonight. She plays the rich and spoiled Margarita, who makes life difficult for the heroine. She loves the role, and is sure she will miss it.