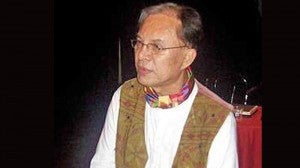 Cervantes’ sister Lengleng has confirmed the famed director’s death and said he would be cremated in the afternoon.  She requested for three days of private family mourning.

But in a text message sent to media later Thursday,  Lengleng said they have not yet decided on any service until his 10 siblings comply with his last wishes. She thanked all those who offered condolences.

She said the UP Upsilon  Fraternity will hold last rites next week but have yet to decide on the day.