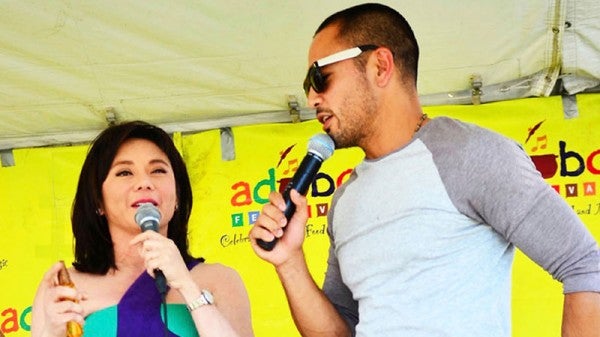 MARTINEZ, California—Actor Derek Ramsay made a special appearance at the 8th annual Adobo Food Festival at the Martinez Waterfront Park, in Costa County, as the Adobo Festival’s Special Awardee for the “Most Outstanding Actor in Philippine Cinema 2013.”

TV5’s “Undercover” hunk bantered with Dr. Vicky Belo, who had a beauty talk at the event. Ramsay’s show, “Undercover,” is aired worldwide on KapatidTV5.

In the program line-up this year were an adobo cook-off contest, a kiddie pop star contest, as well as variety show with audience participation.

Sponsor and media partner TV5 had an augmented reality booth that was a major hit with the crowd.

This year’s Adobo Food Festival drew the biggest number of attendees ever.