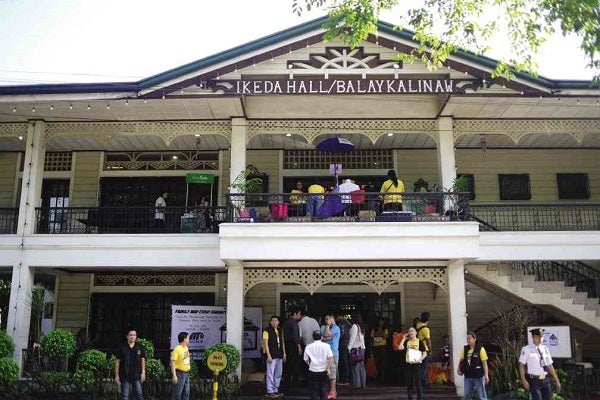 THE SUMMIT was held at Balay Kalinaw in UP Diliman. PHOTOS COURTESY OF MTRCB 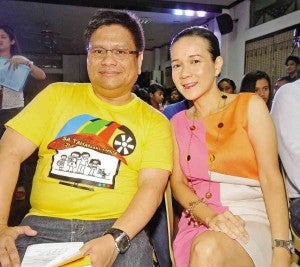 It really takes a village to raise a child these days. In an era ruled by media, both old and new, the task of parenting has become not just a community’s responsibility, but a collective advocacy as well.

The Movie and Television Review and Classification Board (MTRCB) recently held the Family and Child Summit at Balay Kalinaw of the University of the Philippines (UP) in Diliman, Quezon City.

Experts and industry stakeholders spoke at the daylong conference aimed at empowering every member of the Filipino family—parents, children and house help—in their daily engagement with the broadcast media.

Television has become a virtual electronic nanny, making it imperative for the entire family to be informed and vigilant.

Emily Abrera, board chair of the Cultural Center of the Philippines, urged media to be more responsible, especially in producing shows for a young audience. 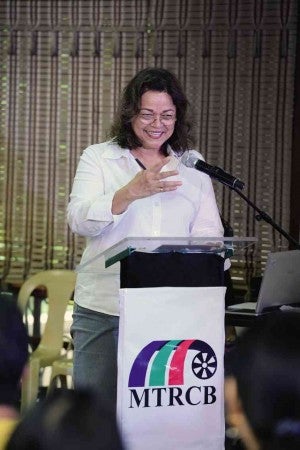 Responsibility also fell on the other side of the TV screen, Abrera said. As consumers, she pointed out, using a fresh analogy, “We have the right to [demand] more nutritious media, with no harmful side effects.”

Abrera, a former advertising executive, presented studies that showed the power of television and its possible harmful effects on children. She noted links between exposure to noninteractive media (like TV) and lack of social skills, concentration and critical thinking. She stressed the value of passing on to children the love of books and reading.

Child psychologist Honey Carandang posed a provocative question: “How can television become the ally, and not the enemy, of parents in imparting positive values to children?”

Carandang said values were subliminally formed in the home and that exposure to television was a factor in this process. She explained, “Children are innate truth tellers, until adults and/or society teach them to lie.”

She expressed concern over comedy shows that “use insults as basis for humor” or “depict children as little adults.” 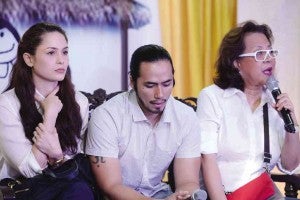 She exhorted parents to be proactive, “to heed the MTRCB rating system; regard TV as a teaching tool; mediate and regulate kids’ viewing fare; protect children from traumatic and overwhelming stimuli.”

Children should be spared from footage of murder victims, tsunami and other disasters on news shows, for example, until they reach the proper age to process those disturbing images, she said.

The dearth of quality children’s shows was raised. Board members and summit hosts Bobby Andrews and Gladys Reyes, who are parents themselves, noted, “Not all cartoon shows are kid-friendly.” 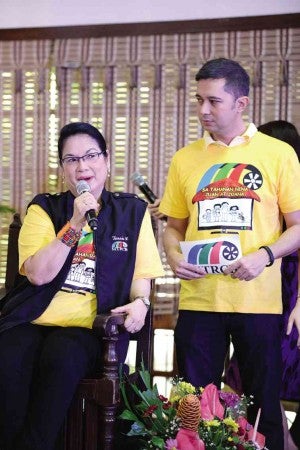 BOARD members Tessie Villarama and Bobby Andrews have some things to say, also as parents.

Poe, former MTRCB chair, told the Inquirer: “We believe that the main function of the board is child protection. That’s why we started the Child Summit last year. Adults can watch what they want, but child psychologists and advocates have pointed out that children, being impressionable, need to be shielded from viewing materials that may be too mature for their understanding.”

The celebrity couples shared with the audience their own experiences in supervising their kids’ TV viewing habits.

Said Sotto: “Children absorb information like sponges. That’s why we go easy on action flicks, like ‘Spider-Man,’ because kids tend to imitate what they see onscreen. We’d rather expose them to educational shows.”

His wife Hermosa agreed: “We don’t delegate [the task of monitoring our kids’ viewing fare] to our helpers. We instruct them not to watch mature shows in front of the children.”

Tolentino said she guarded her children like a hawk. “[And] when we are not around, they are not allowed to watch TV.” Her husband, Vera-Perez, admitted: “We’ve learned to enjoy watching kiddie shows with them.”

Poe remarked: “If we are to succeed in self-regulation, the audience, particularly parents, should be empowered with information—specifically, the importance of age-appropriate classification. Networks, film producers and industry stakeholders should understand that though we have different professional goals, we [agree] that our most important role as individuals is that of being a parent.”

Eugenio Villareal, MTRCB chair, asserted that, through the summit, the board sought to “reaffirm its commitment to the promotion of discerning viewership and the empowerment of the Filipino family to determine age-appropriate entertainment in their homes.”

He concluded: “We are not just policemen; the MTRCB is also the public’s bridge to understanding and harnessing the media, to instilling the right values in children.”